My friends Ingrid Carlqvist and Lars Hedegaard are running Dispatch International – a highly recommendable newspaper. They recently did a short interview with Britain First, a Christian anti-sharia group that patrols the streets of London in armed vehicles, confronting Islamic sharia patrols and handing out flyers inviting people to report sharia-patrols to Britain First. Excerpt from the article “Christian resistance in London“:

“Britain First does not hide its intentions. It has started a counter offensive against the ”Sharia Patrols” that have for some time intimidated non-Muslims who have ventured into ”their” areas and threatened common citizens who have dared to drink beer or display other forms of non-Islamic behavior.

The Christian Patrols have now joined the battle for the country’s future in areas that Muslims have declared to be theirs. Democratic elections are useless, says Britain First’s leader Paul Golding – a well-trained man who used to be a cage fighter. Even the organization’s spokesman, James Dowson, knows how to fight. He tells Dispatch International that he used to be a protestant militant in Belfast. That was where he learned how to set up an organization based on military principles.

But when a Christian Patrol entered the Muslim lion’s den for the first time – on a Friday, the day of Friday prayers – it was not in order to pick a fight but just to hand out flyers encouraging people not to be intimidated by the Sharia Patrols. What happened? Were they accosted or attacked?

– Nothing happened, says James Dowson. The sharia boys are very brave as long as they don’t encounter resistance. But faced with people who are prepared to defend themselves, they’re not so courageous.

Paul Golding emphasizes that so far nobody has dared take the fight to the Muslims’ front door. That is what Britain First intends to do. It is about time, says Golding, to put a stop to the Islamization that is 70 percent paid for by Saudi Arabia.”

2. Hollande says the new Tunisian constitution is proof that islam is fully compatible with democracy.

4. Interesting old world fight in Italian train station between a man with a meat cleaver and another man with an umbrella. Abdel Kader Farth, 31, was arrested after the unnamed hero broke up a brutal fight in a Milan underpass 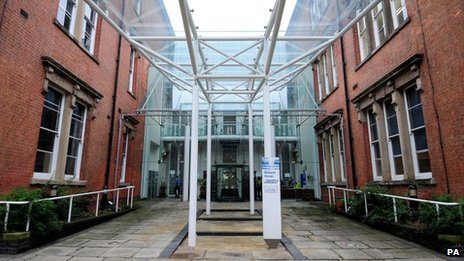 The school closed temporarily after inspections in October

Secondary education at the troubled Al-Madinah free school in Derby will stop in the summer because of government concerns about the quality of teaching.

A report from Ofsted in October found the Muslim faith school was chaotic, dysfunctional and inadequate and it was placed in special measures.

6. Passenger claiming to have bomb reportedly tries to divert plane to Sochi

A passenger claiming he had a bomb has reportedly attempted to divert a plane to Sochi. The plane landed safely in Istanbul after leaving Ukraine, with Turkey’s transport ministry confirming a bomb threat had been made.

7. The last moment of the British jihadist who blew himself up to free Syrian rebels: UK fighter drove truck full of explosives in prison suicide attack

8. Exactly how did Russia get the Winter Olympics? As I recall, they used to have standards that included not having water you couldn’t put on your face “because it contains something very dangerous.”

Thank you Nicolai Sennels, M, UK Pete, Fjordman and all! More to come. A lot more. Sorry about that.