1. Another great T shirt showing the growing impatience with islam in the West. 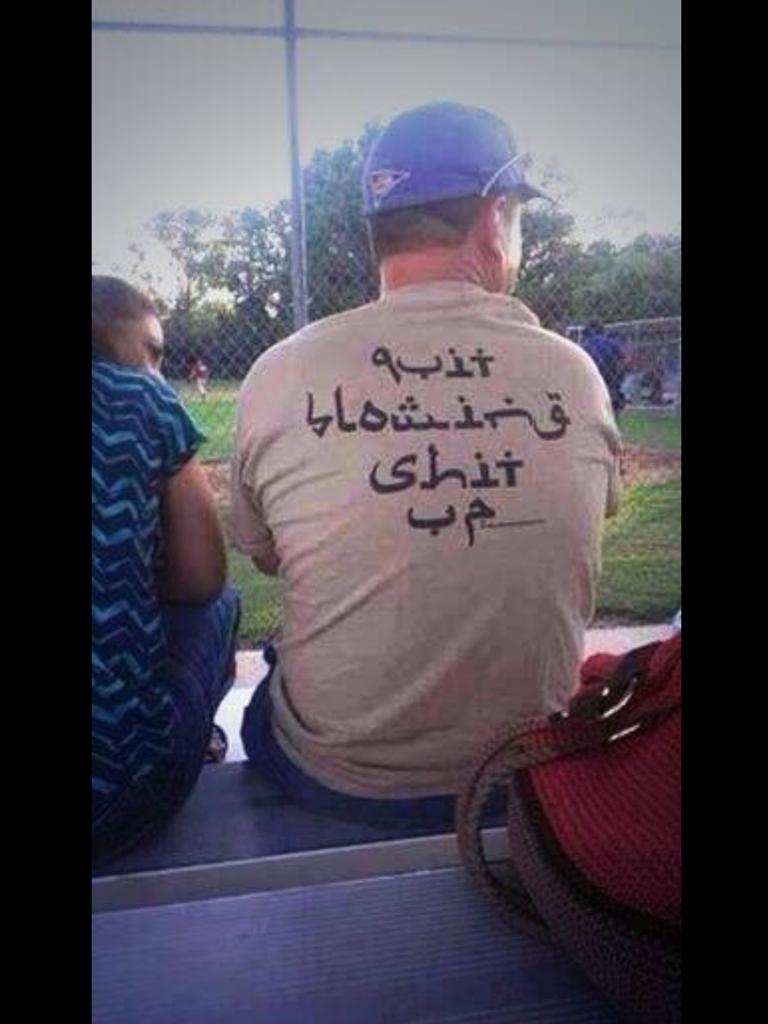 2. US envoy in Sudan forced to resign after accepting Islam

Sudanese local media sources said that the U.S. envoy was forced to resign after he turned to Islam.

The US charge d’affaires in Khartoum, Joseph D Stafford, resigned from his post after he converted to Islam, Sudanese local media sources said.

Stafford told the foreign ministry that his resignation was made for “personal reasons” but Sudanese sources claimed that the envoy was forced to resign after he turned to Islam.

Sources said that Stafford has recorded visits to the headquarters of Ansar al-Sunnah in Sudan and established a close relationship with a number of Sudanese clerics through these visits.

3. Mombasa, Kenya: Police in Mombasa say it may take them two months to sift through the treasure trove of information seized from the controversial Musa Mosque

…after Sunday’s violent clashes. […] Besides an AK-47 rifle, machetes and other iron implements, police also captured jihadist flags, stun guns and hundreds of textbooks in a secret cabinet, as well as maps, registers, pictures and information on alleged spies and “Muslim traitors” and terrorist training manuals hidden in toilets, bathrooms and under carpets.

4. An online petition to free the mother of a girl who died in Cuba.

(Whether you want to sign it or care about the issue or not, this is a good benchmark on the state of basic rights in Cuba. Read the story. Change your vacation plans)

5. Tommy Robinson beaten up in prison.

(This case is too complex for any immediate comment from me.)

6. What drove a British estate agent and his maths tutor brother to die as jihadists? How seemingly decent young men are living terrifying doubles lives

Thank you GoV, M, EDL Buck, UK Pete and all. Much more to come today.