(Unlike tards however, they won’t riot or kill anyone or burn anything down. Although they may forward the packages to local Chinese restaurants. Also I bet the syntax of the note mentioned is suspiciously Arabic. Would like to see it)

The reported shooting down of an Egyptian Air Force helicopter by Islamic militants with a portable surface-to-air missile marks a serious escalation in the challenge facing the Egyptian military.

It is fighting what amounts to an Islamist insurgency fused with wider lawlessness in the Sinai Peninsula.

Egyptian forces have relied heavily on US Apache gunships and various Russian helicopters in their battle with the militants.

3. UPDATE 2-Gunmen kill at least 62 in Nigeria, including in church

YOLA, Nigeria, Jan 27 (Reuters) – Suspected insurgents armed with guns and explosives killed at least 62 people in northeast Nigeria, including at a church service, in a region where Islamist sect Boko Haram is resisting a military crackdown, witnesses said on Monday.

They killed 22 people by setting off bombs and firing into the congregation in the Catholic church in Waga Chakawa village in Adamawa state on Sunday, before burning houses and taking residents hostage during a four-hour siege, witnesses said.

Six people were shot dead by police and six were killed in explosions in Xinjiang’s Aksu prefecture on Friday, state media said. 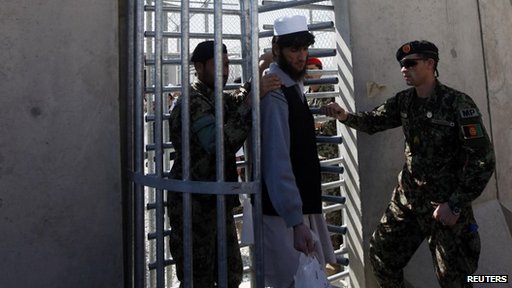 The US military has condemned an order by the Afghan government to release 37 prisoners deemed by the Americans to pose a threat to security.

In a statement, the US said it was an “extra-judicial release” of detainees that would be “a major step backwards”.

(Creating new category for this one. ‘What could possibly go wrong?’)

Thank you Wrath of Khan, Fjordman, and all who sent in links. I am moving a bit slowly today but still hope to have that important Quebec video tonight or at least some of it.