A document by Stephen Coughlin for

In the comments on Geert Wilders’ open letter to Pope Francis, a reader named MH indicated that he was unfamiliar with — or was pretending to be unfamiliar with — the Islamic doctrine of abrogation as it applies to contradictory verses within the Koran.

Retired U.S. Army Major Stephen Coughlin is one of the foremost experts on Islamic law in the Western world. Several years ago I had the privilege of helping with the editing of material that Steve was putting together, including the following section on the Koranic basis for the doctrine of abrogation. The text below is reproduced with his permission. 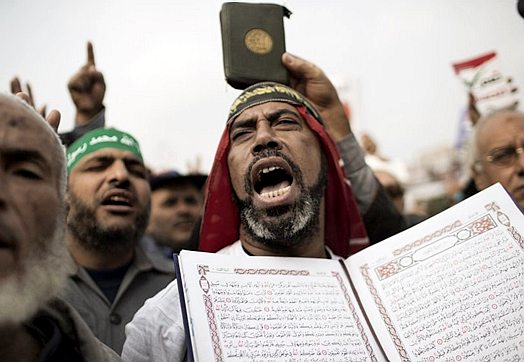 The Doctrine of Abrogation
By Maj. Stephen Coughlin

At the very pinnacle of Islamic law is the Koran, which is the uncreated word of God as revealed through his Prophet.

So what is abrogation?

This is what Imran Ahsan Khan Nyazee has to say about abrogation in Islamic Jurisprudence:[1]

4 Replies to “The Doctrine of Abrogation”