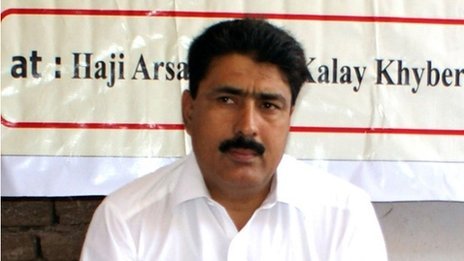 The Pakistani doctor who is accused of helping the American Central Intelligence Agency track down former al-Qaeda leader, Osama Bin Laden, says he is being denied his right to a fair trial.

“I am the first individual in Pakistan to have been denied permission to meet my lawyers, which is my basic legal right,” he says in a hand-written letter he was able to smuggle out to his lawyers from his prison cell this week.

This is his first contact with his lawyers in 15 months. It is also his first communication with the outside world since September 2012, when he spoke to Fox News from his prison cell by a smuggled phone. […]

he Strasbourg-based ECHR enforces the European Convention on Human Rights and its jurisdiction is compulsory and binding for all 47 member states of the Council of Europe.

The court’s ruling—expected to be issued sometime during the middle of 2014—will determine the fate of the debate over so-called burqa bans (here, here, here, here and here) that have been raging across Europe for many years.

According to Morning Star News, a news service reporting on the persecuted church, Islamist radicals in several Egyptian towns have begun a campaign of terrorism and extortion against Christians.

Muslim extremists in a number of towns are demanding Christians pay the jizya, a Quran-based fine on non-Muslims known as the “humiliation” or “submission” tax. Human rights activists told Morning Star News that radicals and ordinary criminals have started a cottage industry from extorting Christians. They threaten kidnapping, torture and murder to seize money and property from Christians mainly in southern Egypt.

Foreign jihadist fighters are using safe houses in southern Turkey to cross into Syria to fight against government forces, the BBC has learnt.

A man running one such house near the border town of Reyhanli said more than 150 people – including up to 20 Britons – had used it in the past three months.

(This article is worth the read right through)

Thank you Fjordman, Taffy in Canada, M, Richard and all. I may attempt a slight reorganization tonight. Let me know what you think tomorrow if I do.