1. Generation Identitaire in France does statement of intent video.

(Thank you Bear for the translation) 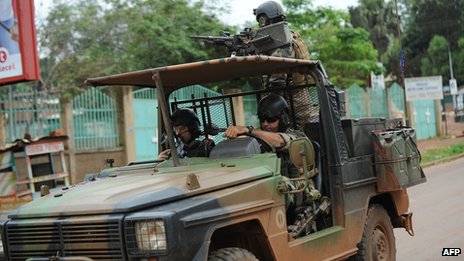 At least 300 people have been killed in two days of violence in the capital of the Central African Republic capital, says the Red Cross

Three members of a so-called ‘Muslim Patrol’ were today jailed at the Old Bailey for repeatedly trying to enforce Sharia law in East London.

Jordan Horner and another Islamic extremist told one couple they could not hold hands while walking down the street, because it was in a ‘Muslim area’.

Parliament member Mohammed Warsame Feisal, apparently unaware that someone had planted a bomb in his car, was driving the vehicle when the bomb exploded in Mogadishu, Parliament colleague Abdinasir Garane said.

Feisal was chairman of the government’s social services committee.

6. Man arrested in Munich for anti-Christian vandalism. Accused is a muslim ‘refugee-asylum seeker’. (Now that, is gratitude) Please copy link in Google Chrome for rough translation.

Thank you Carpe Diem, Fjordman, M, Wrath of Khan and all who sent in material. There is more to come. More’s the pity.