My point person, I will call them DM as I do not know if they want to be known on this site, has sent me tons of great info on this entire issue and my posts have been based on that information. Same with this one. Following is some of the information on the addition and then removal of the ads to help teen girls in genuine danger of being killed by parents, and how out of step this is with all the other similar campaigns for other kids at risk.

CBC link on this issue: 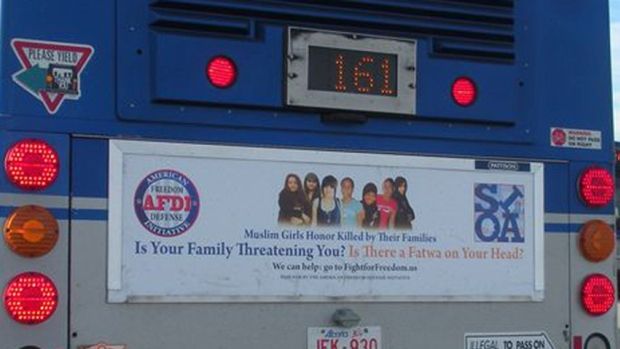 However, AFDI head Pamela Gellar said she didn’t understand why the racism-based complaints were made in the first place.

“One Muslim councillor voices unhappiness with this ad and they take an ad campaign down?” she asked. “What is controversial about trying to help girls?

Thank you DM for keeping us up to date on this issue. There is much more on this over at Pamela Geller’s site.

3 Replies to “Ezra Levant and Pamela Geller on the Edmonton Bus adds.”