1. These Al-Qeada guys in Syria enjoy chanting genocidal slogans about Jews while fighting other Muslims. Dunno the connection but Islam doesn’t really have a large cannon of chants and slogans.

Scores of shoppers took to Twitter to report a heavy police presence outside the shopping centre and West Midlands Police confirmed armed officers had been dispatched. The shopping centre remained open as a force helicopter circled overhead, while police vans and cars were parked near the iconic Bull statue. 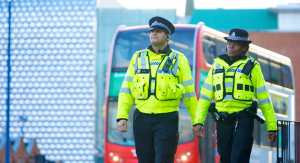 (Syria is a long way from Geneva it seems)

4. This one will require at least one separate article if not many.

Ottawa City Council woman, Diane Deans, in response to a number of rapes and sexual assaults in her ward, one which coincidentally happens to be the most Arabized area of all of Ontario, has suggested to women that they “buddy up” and travel in pairs or groups when outdoors.

I don’t have the words to describe how horrified I am at this impossible suggestion at the expense of ones that are possible. For example, she could have advocated self-defense if she can’t clean up the area. Instead, she is submitting to the no-go zone mentality here in Canada’s capital.

This also shows how leftist notions of self-defense being a greater crime than rape or assault, is in full play here, as she would rather suggest a solution that nobody can do (“Hi Mary, can you get up early every day for the rest of your life and take a bus with me to work even though you work nights and go the other way?”) instead of a classical Western approach such as taking responsibility for your own well-being and defending yourself. That is, if the Government is incapable of policing the crime from all the enriched culture-bringers.