There was one in Ottawa as well but no one has sent me footage of it as of yet. Also someone is looking in to the groups that are holding the Ottawa ‘Anti-War’ protest as the names are suspiciously like those that would be made up by the IRI as a front.

The BBC London one disabled its Embed code but here is the link (Thanks M) If the Persian translator feels there is anything important said we will subtitle and embed but for now, here it is in Farsi

The Hizb’allah flag at 5:40 in the French video is rather telling though 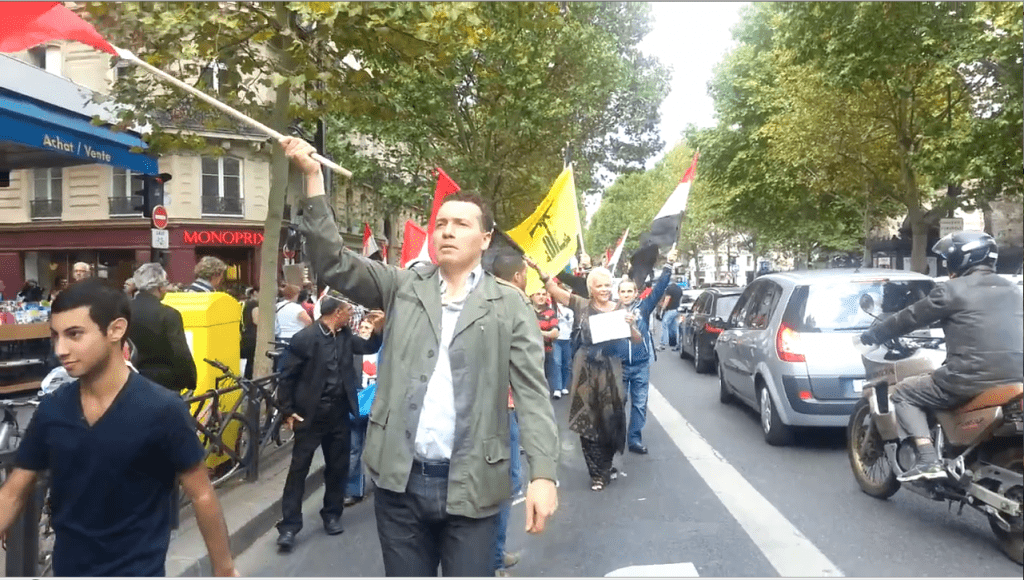