[…] Rather than assist Israel in its efforts that are also vital to US strategic interests, the US has been endangering these Israeli operations. US officials have repeatedly leaked details of Israel’s operations to the media. These leaks have provoked several senior Israeli officials to express acute concern that in providing the media with information regarding these Israeli strikes, the Obama administration is behaving as if it is interested in provoking a war between Israel and Syria.

The Christian Copts of Shubra al-Khaima, Egypt, are in a “state of panic and terror” as “a number of supporters of ousted President Muhammad Morsi have been placing markings on Christian homes in the area for [future] targeting.”

Speaking anonymously, one Copt from the region told Veto News agency that they “recently noticed strange movements in the streets. When they went to inspect, they discovered large numbers of bearded men, who began to quicken their steps…

Judge Michael Pert QC said: “While it is fair to say that none of the defendants played any part in her decision to prostitute herself, it is equally true to say that anyone meeting her would immediately have realised that this was a vulnerable 16-year-old girl from a good Sikh family, who was embarking upon a disastrous course of action.” 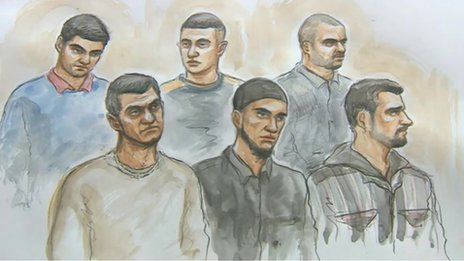 4. Tuberculosis update in England. (remember, this new outbreak is entirely due to a number of imams preaching that TB inoculations are a Western plot to make women infertile)

(You know, as bad as this is, a small part of me kinda gets that)