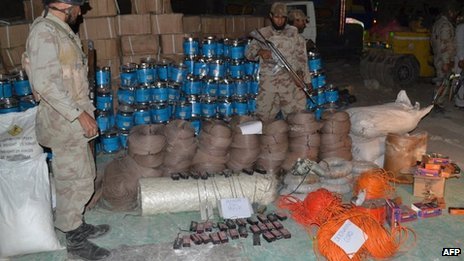 Security forces have seized 100 tonnes of bomb-making materials and detained 10 people in a raid in Quetta, south-west Pakistan, officials say.

The National Security Agency’s surveillance network has the capacity to spy on 75 percent of all U.S. Internet traffic, The Wall Street Journal reports.

4. Links to videos of “gas attack” in Syria. (How lucky for us this came when the Egyptian news glut is over. Otherwise we might not have noticed this attack with everyone watching Egypt. And since when do they call it a “Gas attack”?)

Treated mice become lean, develop larger muscles and can run much longer distances simply by taking SR9009, which mimics the effects of aerobic exercise. If similar effects can be obtained in people, the reversal of obesity, metabolic syndrome, and perhaps Type-II diabetes might be the very welcome result.