The Jewish school “Maimonides”, rich in tradition and in the centre of Brussels, has to endure, sixty-five years after its startup, an increasingly aggressive anti-Semitism with an Islamic flavor. A ban on wearing kippahs is supposed to protect the children from Islamic aggression.

2. Serving halal food to people without their knowledge or consent seems to be just fine. But what would happen to us if we did this? 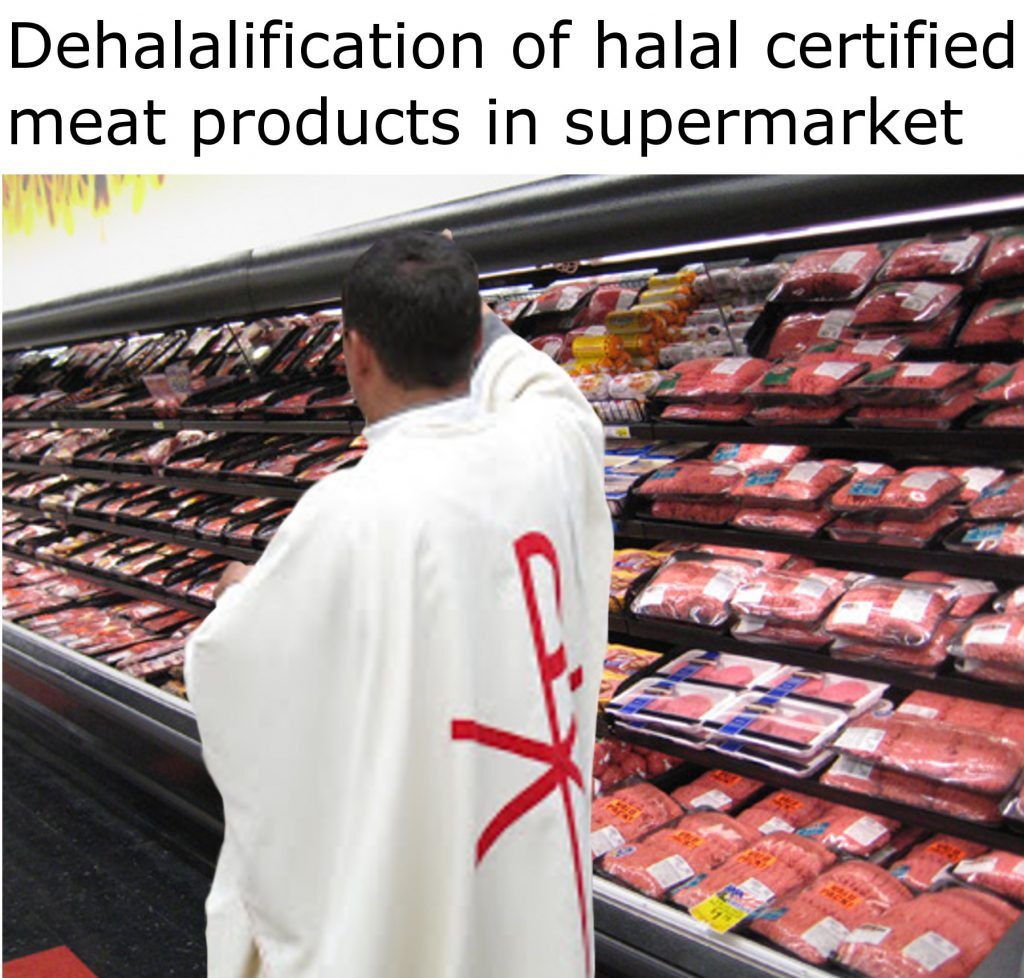