Some things really are too good to be true. A video we posted here yesterday claiming to be from AnonymousUK and on an anon YT channel, which by the way is both accurate and excellent and a testament to the British will to fight totalitarianism and preserve classical liberalism, turns out to be a concern for more orthodox ‘Anonymous’ activists. 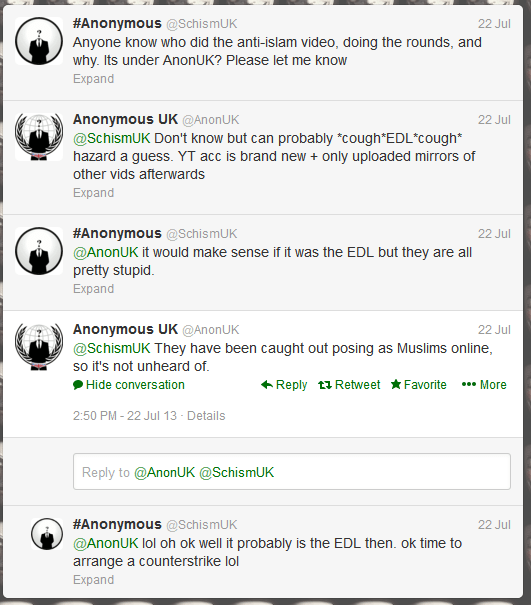 As it turns out, ‘Anonymous is pretty much like every other group claiming to be open and anyone can be a member and they represent everybody etc. unless of course, you deviate 3 degrees from whatever it is they believe and then they will ‘arrange a counter-strike’ against you.

I wish they would show a little more honesty and actually have a real name and a charter so others might know what they believe and either stand with them or against them with integrity. As it is if you join them but aren’t perfectly inline with them then you are in some real trouble I bet. And doesn’t that make them pretty much exactly like who they attack?