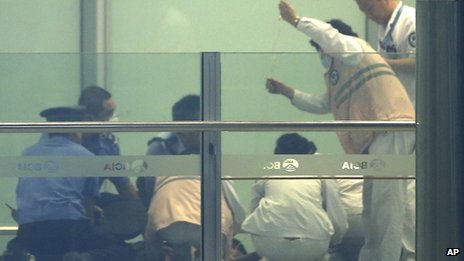 The man was named by Chinese state broadcaster CCTV as Ji Zhongxing, 34, from Shandong province in China’s north-east. The explosive device consisted of gunpowder from fireworks, CCTV reported.

Officials say order has been restored at the airport and there is no disruption to flights.