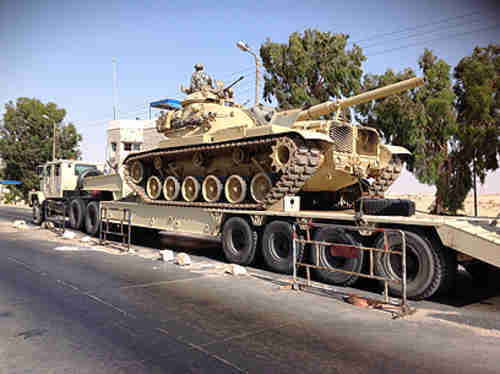 Egypt’s army is launching a major military offensive, dubbed Fattah 2 (Conquest 2) against a coalition of aggressive Salafists, Muslim Brotherhood operatives, Hamas and Jihad Islami groups conducting terrorist attacks in Egypt’s Sinai region, on the border with Gaza and Israel. The security situation in Sinai has been getting increasingly unstable since the ouster of former president Mohamed Morsi. In the past two weeks, 39 terrorist attacks have occurred.

2. The march turned rowdy some time after 8 p.m. local time when protesters began hurling rocks and bottles at passing vehicles and police who arrived at the scene. (More Trayvon BS)

3. Ethiopians who migrate through Yemen to try and find work in the KSA will find this:

4. Finland: Moroccans Ask Passers-by if they are Finns Then Attack Them When the Answer is Yes

The men asked two passing women and a man if they were Finns. When the answer was yes, they attacked the three – this was a racist act according to the Helsinki District Court which sentenced the men to six months’ imprisonment suspended and damages and fines