1. British people on the Isle of Dogs are starting to have to deal with reality if they hold out any hope of preserving their own culture and identity. And it seems they are doing so.

These groups who use our churches for prayer meetings want them five times a day and I can’t say yes,” the Rev Tom Pyle told the launch.

“They’re going to crowd out any other use for the building because in winter the first prayer is 8.30am and the last at 4pm. No other use is going to be possible because it squeezes out other activities like youth clubs or coffee mornings.

2. Allen West challenges the hypocrisy of the application of identity politics in the Zimmerman trial as compared to when black criminals shoot white babies in the face who clearly where not breaking into any homes at the time.

Bhubaneshwar (AsiaNews) – A 28-year-old nun was kidnapped and raped for a week by a group of men in Bamunigam, Kandhamal District (Orissa). She was held between 5 and 11 July, but the case was made public only today.

4. U.S. envoy spurned by both sides on Egypt visit

Deputy Secretary of State William Burns arrived in a divided capital where both sides are furious at the United States, the superpower which supports Egypt with $1.5 billion in annual aid, mostly for the army that deposed Islamist President Mohamed Mursi two weeks ago. 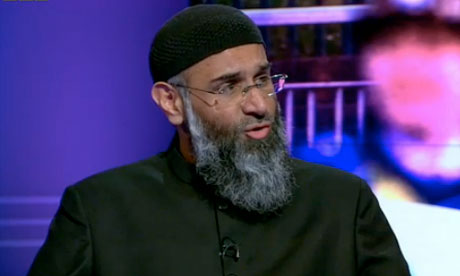 BBC, ITV and Channel 4 are to be investigated by media regulator Ofcom over their decision to give airtime to radical cleric Anjem Choudary in the wake of the Woolwich attack.