1. So, the UAF think the EDL are fascists? (Facebook link)

2. A muslim preacher of looks, wit and charm in sufficient quantities that one might think he was the founder of islam himself,  claimed to be privy to a vision of the Angel Gabriel who explained how Morsi would get back to power:

Protesters in Cairo’s Rabia al-Adawiya Square believe they have seen the light.

In a show of support for Egypt’s ousted president Mohammed Mursi, a preacher giving a sermon at the Square this week told the crowds of a miracle.

In the speech, broadcast on Egyptian satellite channels, the preacher said the Angel Gabriel had been spotted among the crowds at the pro-Mursi Square.

Sheikh Ahmad Abdel Hadi, a Muslim Brotherhood preacher, addressed protestors saying: “Some good men in Madina Al-Munawara (in Saudi Arabia) told me of a vision in which Gabriel entered Rabia al-Adawiya’s mosque to keep people praying stationed in their positions.”

3. The peace of Ramadan continue to rock Iraq with thunderous bomb blasts killing the peaceful by the peaceful and of the peaceful all across the nation. (Hey are bomb blasts in Iraq during Ramadan even news? I bet basically nobody clicks on this link. Which is itself news.)

4. Teen Ginger-tard arrested for Islamic style activity in the UK. We at Vlad have covered him before. Check out the video taken by EDL Buck from Dec 2 2011

“As Muslims you can’t integrate with non-believers because their way of life is completely opposite – I would rather give up my friends and family than give up on Allah. 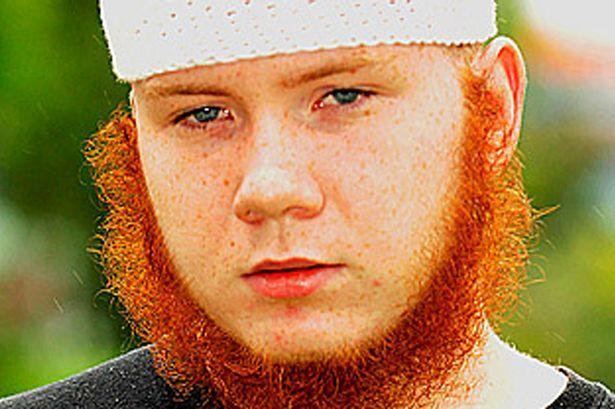 5. Its been quite a while now since a cab driver stabbed a potential passenger to death who wanted a ride but had beer with him and was, according to witnesses, not at all belligerent. The amazing thing is, none of these same witnesses seem to have managed to get a description of the cab driver out there. On the other hand, maybe the media now uses European rules and does not describe a violent criminal unless he is white? Oh and check youtube. You will only find videos about muslim cab drivers allegedly attacked for being muslim.