Two teenage sisters have been murdered in Pakistan after they were accused of tarnishing their family’s name by making a video of themselves dancing in the rain.

The girls, aged 15 and 16, are seen running around in traditional dress with two other younger children outside their bungalow in the town of Chilas, in the northern region of Gilgit.

The sisters, named as Noor Basra and Noor Sheza, appear to break into dance and one even flashes a smile at the camera. 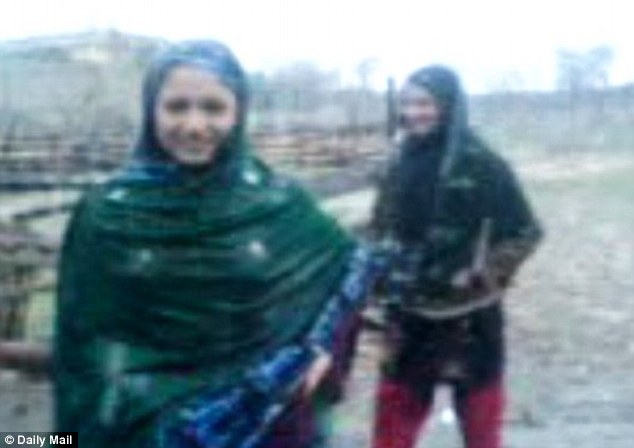 Innocent: The teenage sisters were filmed playing and dancing outside their home

However, when the footage was circulated via mobile phones, it caused outrage in the conservative Pakistani town.

Last Sunday the girls were shot alongside their mother in their home by five gunmen.

7 Replies to “Smiling sisters shot dead for dancing in the rain: Pakistani girls, 15 and 16, killed along with their mother for making video which ‘stained the family honour’”