Remember. Byzantium was actually built by the Byzantines. The main city, and a massive concentration of logic, reason and a repository of all classical thought was the city of Constantinople, named after the first Christian Emperor of Rome. So what Erdogan says would be laughable if it wasn’t so pernicious. Wars have been fought over less and sometimes even should have been. Also that Constantinople became Istanbul because of a  siege and consequent series of actions that would be called a ‘War-Crime’ by any standard except Islamic. 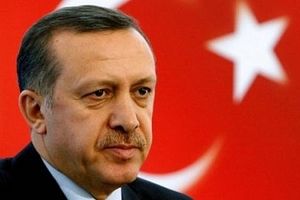 The prime minister of Turkey Recep Tayyip Erdogan has called the time of Christian emperors in Byzantium “a dark chapter” in history. In Erdogan’s view, in the fifteenth century, after invasion of Constantinople by Muslims, began “the time of enlightenment,” reports Kath.net.

The speech of the conservative Turkish prime minister was made during the laying of the foundation of the new road bridge over the Bosphorus in Istanbul that took place on May 29–the anniversary of Ottoman invasion of the Byzantine empire 1453.

“We are continuing to write the history today,” said Erdogan during the ceremony.

The Turkish authorities have celebrated the anniversary of the victory over Byzantium by a series of festivities.