The Land without Muslims

The Japanese do not feel the need to apologize to Muslims for the negative way in which they relate to Islam.
By: Dr. Mordechai Kedar
Published: May 19th, 2013
Latest update: May 20th, 2013 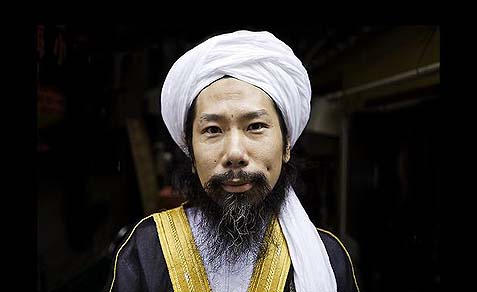 There are countries in the world, mainly in Europe, that are presently undergoing significant cultural transformations as a result of Muslim immigration. France, Germany, Belgium and Holland are interesting examples of cases where immigration from Muslim countries, together with the Muslims’ high fertility rate, effects every area of life.

It is interesting to know that there is a country in the world whose official and public approach to the Muslim matter is totally different. This country is Japan. This country keeps a very low profile on all levels regarding the Muslim matter: On the diplomatic level, senior political figures from Islamic countries almost never visit Japan, and Japanese leaders rarely visit Muslim countries. The relations with Muslim countries are based on concerns such as oil and gas, which Japan imports from some Muslim countries. The official policy of Japan is not to give citizenship to Muslims who come to Japan, and even permits for permanent residency are given sparingly to Muslims.

Japan forbids exhorting people to adopt the religion of Islam (Dawah), and any Muslim who actively encourages conversion to Islam is seen as proselytizing to a foreign and undesirable culture. Few academic institutions teach the Arabic language. It is very difficult to import books of the Qur’an to Japan, and Muslims who come to Japan, are usually employees of foreign companies. In Japan there are very few mosques. The official policy of the Japanese authorities is to make every effort not to allow entry to Muslims, even if they are physicians, engineers and managers sent by foreign companies that are active in the region. Japanese society expects Muslim men to pray at home.

4 Replies to “If we must be multicultural, I say we adopt more values of the Japanese.”