Is it just me? Or has there been a large number of Iranian agents recently doing nasty stuff around the world or preparing to do so.

‘Got tourists to hand over documents, cash’ 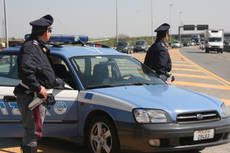 (ANSA) – Padua, May 2 – Five Iranians have been arrested after allegedly posing as police officers in order to rob motorists in northern Italy.

Traffic police in the Veneto region arrested the men Thursday after a high-speed chase, during which an officer was injured. Police said they recovered 10,500 euros and 10,000 Swiss francs, in addition to Albanian driving licences, counterfeit residency permits from Spain and four cars.

One Reply to “Iranians arrested for posing as Italian cops”