I still don’t get this “Islamists’ thing. I think they mean Muslims who actually believe that shite and aren’t influenced by European colonialism that actually treat women as people.

H/T lots and lots of people 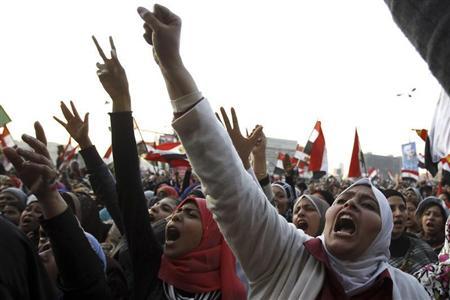 (Reuters) – Egypt’s ruling Muslim Brotherhood warns that a U.N. declaration on women’s rights could destroy society by allowing a woman to travel, work and use contraception without her husband’s approval and letting her control family spending.

The Islamist movement that backs President Mohamed Mursi gave 10 reasons why Muslim countries should “reject and condemn” the declaration, which the U.N. Commission on the Status of Women is racing to negotiate a consensus deal on by Friday.

The Brotherhood, whose Freedom and Justice Party propelled Mursi to power in June, posted the statement on its website, www.ikhwanweb.com, and the website of the party on Thursday.