It will be interesting to see what happens if the US and West in general ever get leadership that decides to try winning. 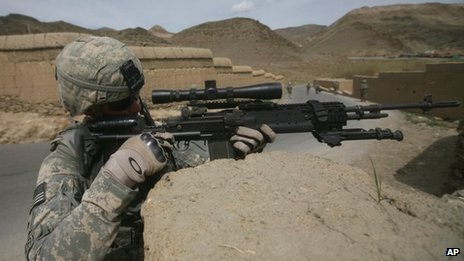 The Afghan president has ordered US special forces to leave Wardak province within two weeks.

The decision was being taken due to allegations of disappearances and torture by Afghans considered to be part of US special forces, said a spokesman for Hamid Karzai.

The strategically significant, central province of Wardak has been the recent focus of counter-insurgency operations.

A US statement said it took all allegations of misconduct seriously.

But the US could not comment specifically on this latest development “until we have had a chance to speak with senior government officials”, the statement by a spokesman for US special forces said.

“This is an important issue that we must discuss with our Afghan counterparts,” the statement said.

The Afghan president’s office said the decision to order the expulsion of US special forces had been taken at a meeting of the National Security Council.