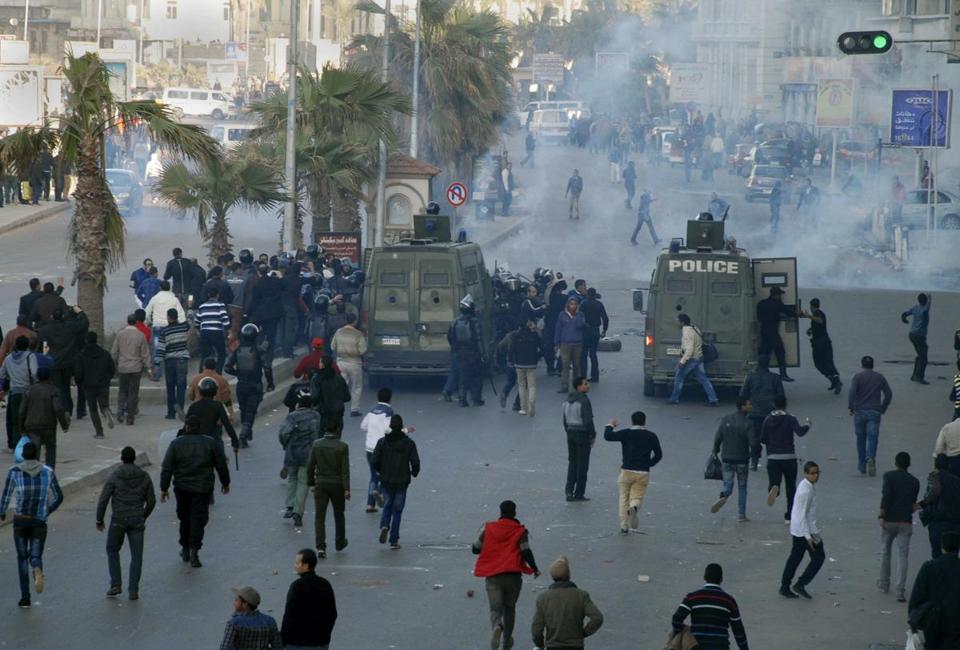 CAIRO — Riot police fired tear gas Saturday to disperse dozens of demonstrators throwing rocks outside an Alexandria courthouse where the city’s former security director and other officers are on trial for killing protesters during Egypt’s 2011 uprising.

The confrontation comes a week before the country marks the second anniversary of the revolt that ousted longtime autocratic ruler, Hosni Mubarak, and highlights the frustration expressed by many about the pace of reform.

Alexandria’s former security director Mohammed Ibrahim is on trial along with five police officers accused of using excessive violence to put down the 18-day revolt. In Alexandria, as elsewhere in Egypt, thousands of protesters have taken to the streets during the past two years to demand ‘‘qisas’’ — Arabic for retribution — for those killed in clashes with security forces.

One Reply to “Riot police and protesters clash in Egypt”