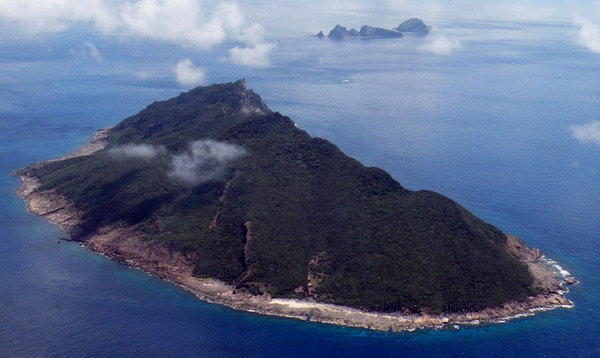 A view of the islands in the East China Sea that are known as Senkaku in Japan and Diaoyu in China. Control of them would give China unobserved access to the Pacific, something it lacks.

The Japanese defense minister, Itsunori Onodera, center, and other officials visited an air base on Okinawa on Friday.

Last week, the Chinese government sent a civilian surveillance plane, a twin propeller aircraft, to fly near the uninhabited islands at the heart of a growing feud between China and Japan. Tokyo, in response, ordered F-15 fighter jets to take a look at what it considered Chinese meddling. The Chinese then sent their own fighters.

3 Replies to “As Dispute Over Islands Escalates, Japan and China Send Fighter Jets to the Scene”