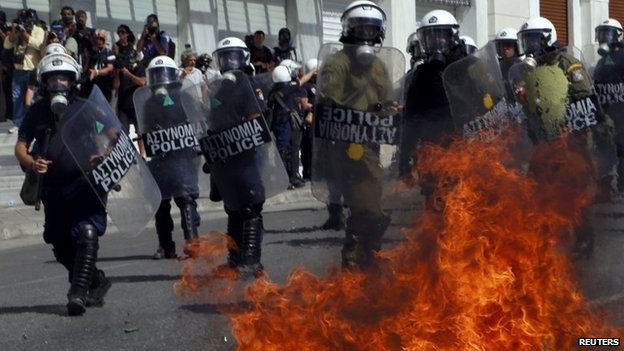 Dozens were arrested during the one-day strike against planned spending cuts of 11.5bn euros ($15bn; £9bn).

It was the first union-led action since a conservative-led coalition came to power in June.

The savings are a pre-condition to Greece receiving its next tranche of bailout funds, without which the country could face bankruptcy in weeks.

Martin sent us this (these) videos.

Watch closely to see fiery missiles being thrown onto police