More ‘Days of Rage’ action in the mustard world.

From Yemen to Egypt and Iraq to Indonesia, rising anger provoked by an anti-Islam film has seen protestors storm U.S. embassies in Muslim countries around the world.

Chanting ‘death to America’, hundreds of protestors marched on the U.S. Embassy compound in Yemen’s capital today, where they burned the American flag, used stones to smash windows, and set fire to cars, before breaking through the main gate of the heavily fortified compound in eastern Sana’a.

The attack followed Tuesday night’s storming of the United States Consulate in Benghazi, Libya – where the U.S. ambassador and three other staff were killed.

Security has been ramped up at U.S. embassies and consulates around the world, and at least one cemetery for American veterans, while President Obama called the leaders of Libya and Egypt to continue helping him to ensure the safety of diplomatic personnel. 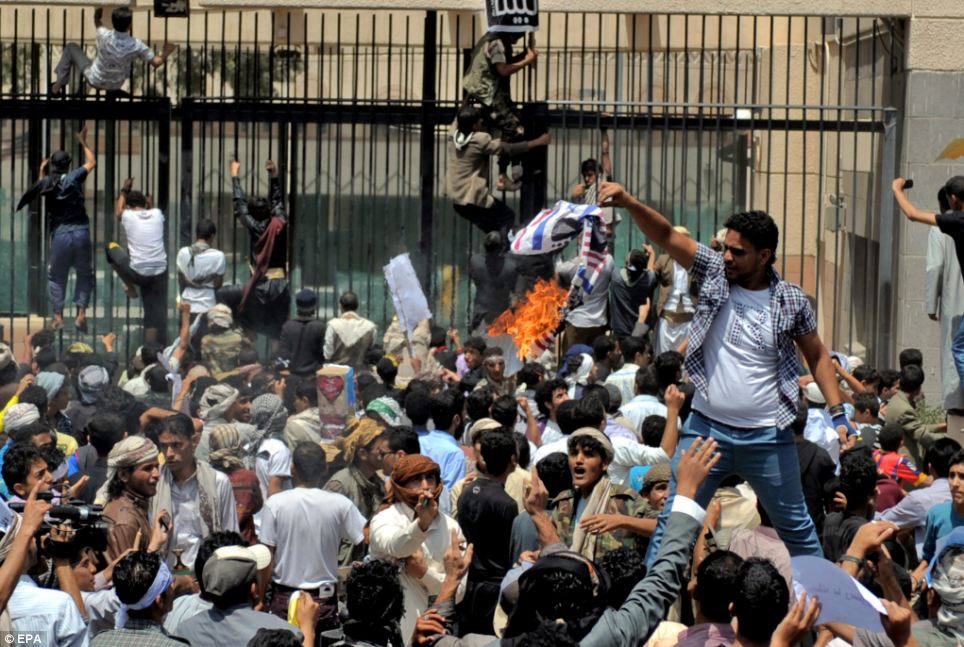 Fury: Chanting ‘death to America,’ hundreds of protesters angered by an anti-Islam film stormed the U.S. Embassy compound in Yemen’s capital and burned the American flag. It was the latest in a series of attacks on American diplomatic missions in the Middle East 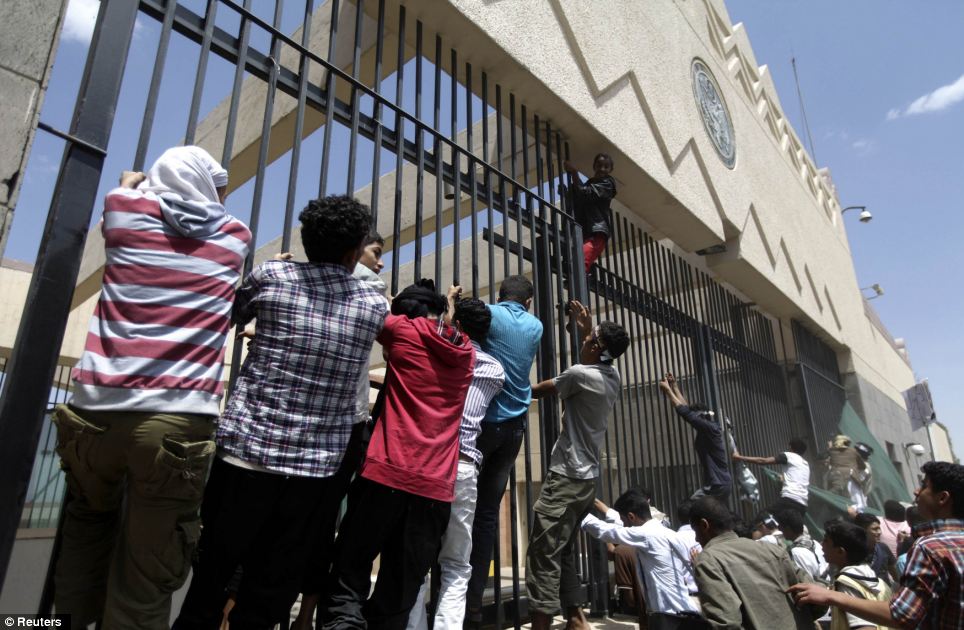 Fervent belief: Protesters climb a fence surrounding the U.S. embassy in Sana’a as they fight to discredit the ‘blasphemous’ film 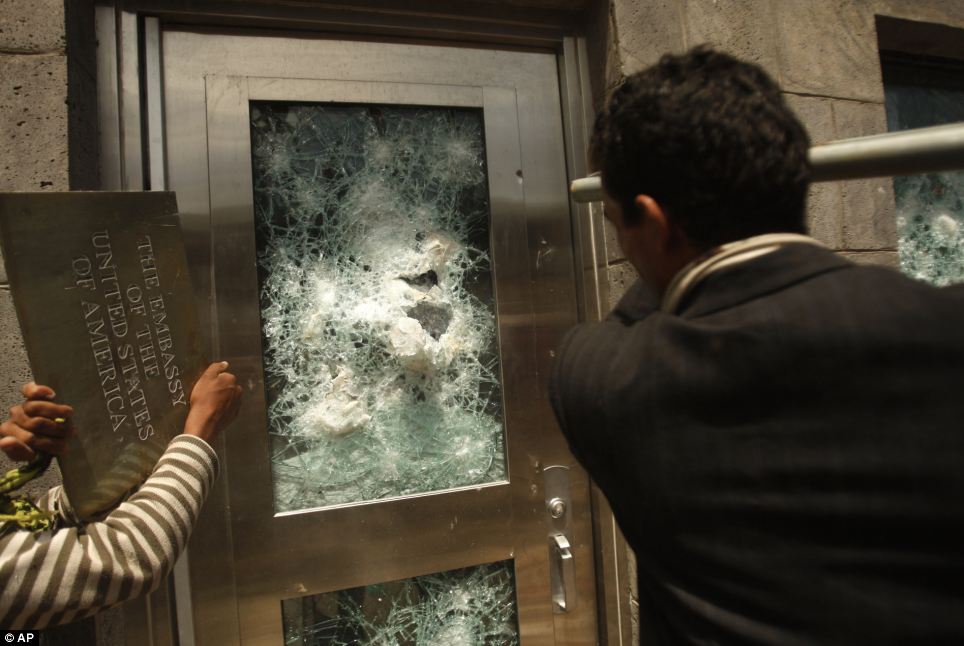 Chaos: Yemeni protestors break a door of the U.S. Embassy with a pole after ripping off the metal plaque 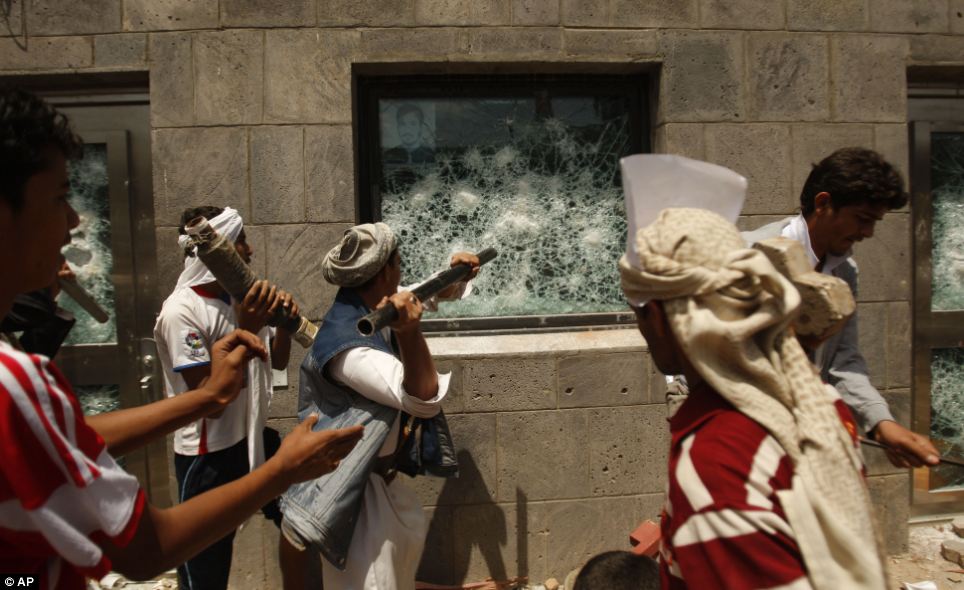 Fragile defences: Dozens of protesters smash the building’s windows to show their anger at the film’s perceived Islamophobic message 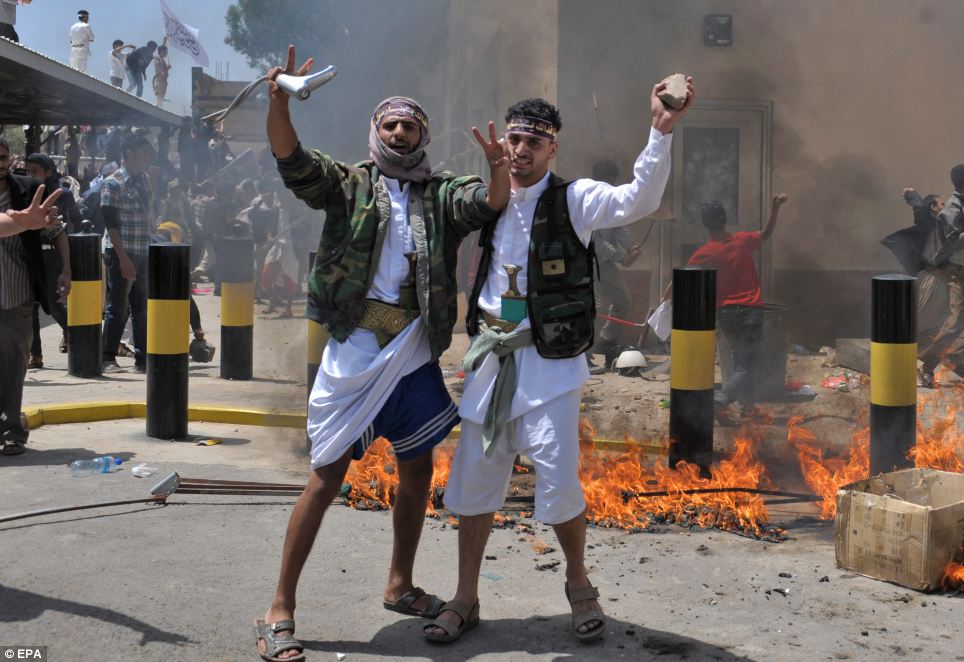 Attack: Yemeni protesters storm the U.S. embassy during a protest today. Yemen’s embassy in Washington said no casualties were reported 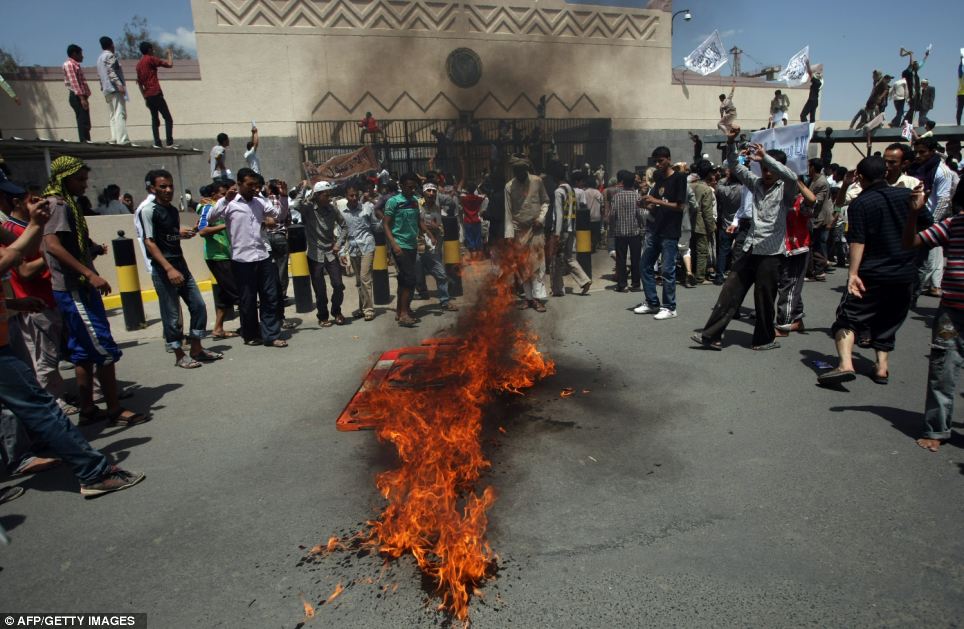 Blazing fire: Yemeni forces drive back the protesters as they approached the main gate of the mission 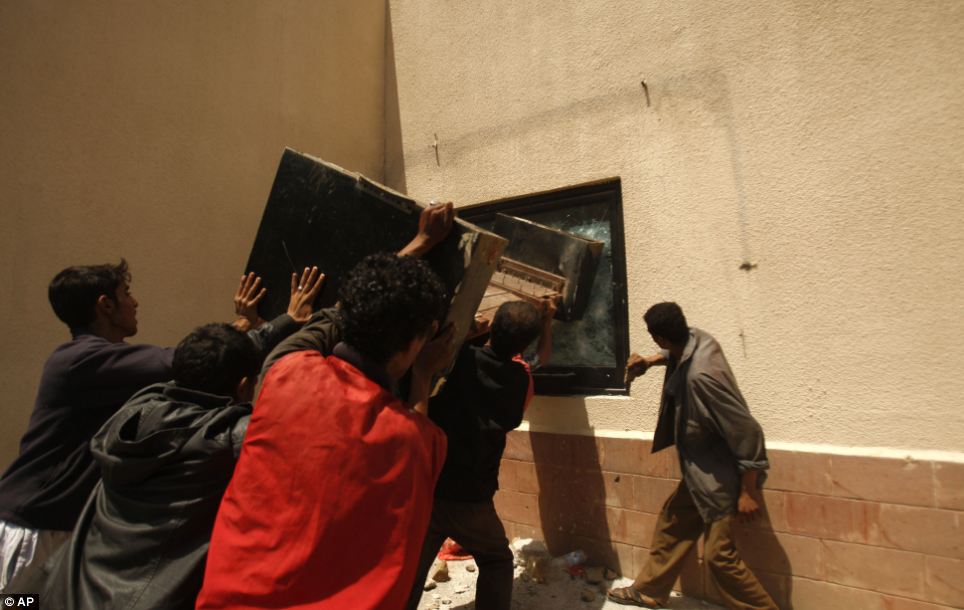 Breaking in: Demonstrators break a widow of the U.S. Embassy – tyres blazed outside the compound and protesters scaled the walls 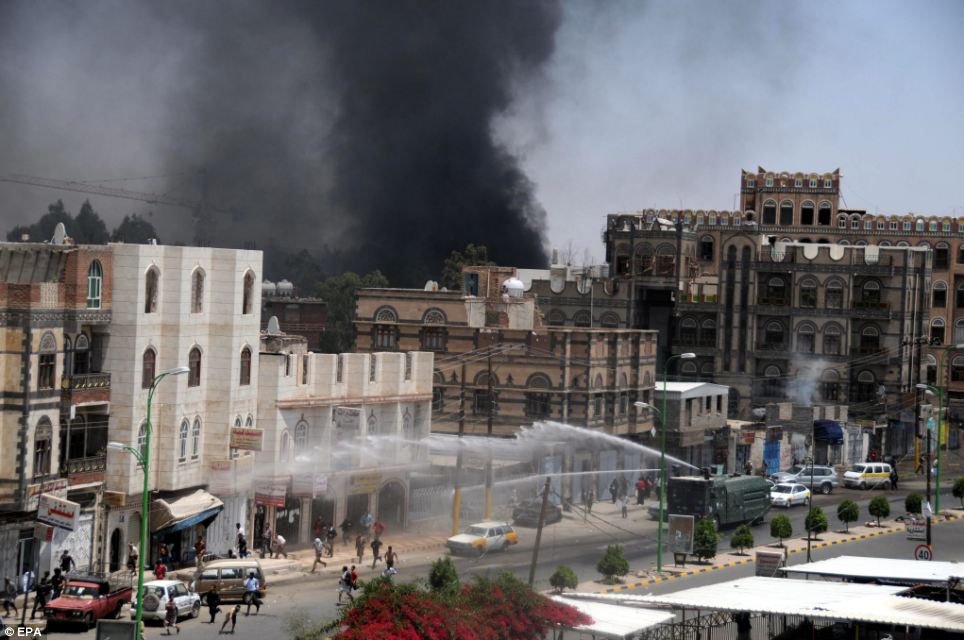 Heavy smoke rises from the U.S. Embassy compound in Sana’a, Yemen, amid angry clashes between protestors and riot police

One of those killed in Benghazi alongside U.S. Ambassador Christopher Stevens was 42-year-old Glen Doherty, a family friend told CBS Boston today.

There were protests in Tunisia, Sudan and Morocco overnight, and the demonstrations have reached Cairo and Baghdad.

2 Replies to “‘Death to America’ chant protestors as they storm U.S. Embassy in Yemen smashing windows and pelting offices with stones”