Note: ‘Traveller’ is PC for Gypsy.

A couple ‘traded in’ their daughter for a used car to a family who used her as a domestic slave for three years, a court in France was told.

The 23-year-old woman was sold in £600 ‘part-exchange’ for a second-hand hatchback – then subjected to daily sexual and physical abuse at a travellers’ camp outside Paris.

The daughter – named only as Sabrina – was then forced to live in a squalid shed owned by Franck Franoux, 58, and his partner Florence Carrasco, 56, in the suburb of Melun. 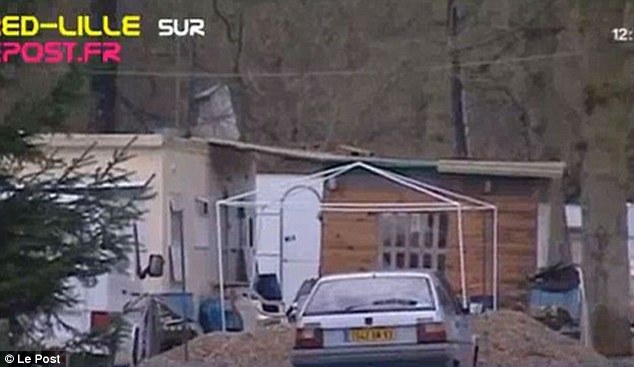 Squalid: The shed on a site outside Paris where the girl known as Sabrina was kept as a sex slave

She was burned with an iron and cigarette ends, made to look after their seven children, beaten with iron bars and sticks and hired out for sex to other men.

When she finally fell critically ill in 2006, she was dumped outside a Paris hospital, with no teeth left and weighting less than six stone, the court heard.