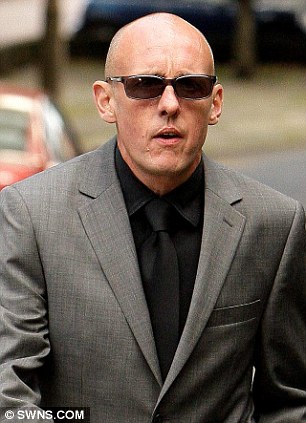 A former soldier has been jailed for four months after he tied a pig’s head to the gates of a mosque before uploading pictures of what he did on Facebook.

Simon Parkes, 45, tied the animal’s head to the front of Cheltenham Mosque, Gloucestershire, after seeing a group of Muslims burning poppies on Remembrance Sunday 2010.

He also wrote ‘Allah’ on the pig’s snout in what was seen as an ‘act of revenge’ against the Muslim religion.

Parkes also painted ‘rag heads out’ on the side of the mosque.

Gloucester Crown Court heard that his actions had distressed worshippers at the mosque and served to heighten racial tensions.

Sentencing him Judge Jamie Tabor QC, said: ‘Not only soldiers but the majority of citizens of this country were offended by seeing the poppies burnt.

‘They, however, did not react as you did. You deliberately set out to not only insult another religion but you undertook to inflame and enhance racial tension.’

Parkes went to the mosque with an unknown accomplice in the early hours of November 13, 2010 and placed the pig’s head on the gate at the front.

Pigs are seen as being unclean in the Muslim and Jewish religion so Parkes’ actions will have been deeply offensive to anyone who saw what he had done.

They used red paint to daub graffiti on the building which was found a few hours later by a worshipper who was ‘deeply offended’ by what he saw.

Prosecutor Lisa Hennessy said: ‘On the gates was a disembodied pig’s head which had been tied on a head level by what appeared to be shoe laces. 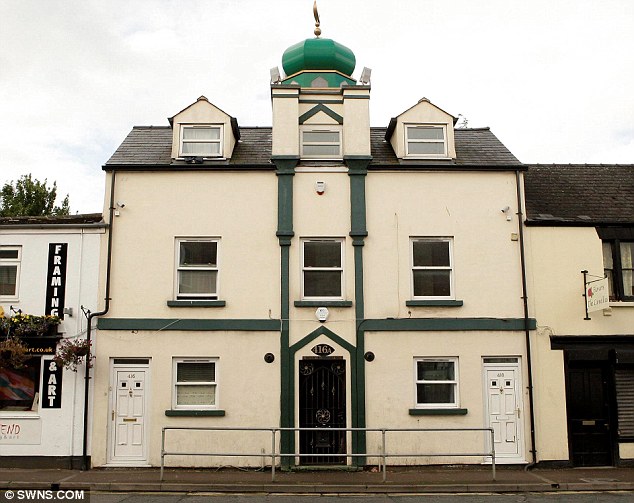 A worshipper discovered the pig’s head early on November 13, 2010, when he arrived at Cheltenham Mosque

‘CCTV, taken from a nearby camera, showed two hooded, masked men arrive at around 2am. They got out the car with the pig’s head in a carrier bag.’

Since the poppy burning, the extremist Muslim group that carried it out has been formally banned.

Muslims Against Crusades was made a proscribed terrorist group by Home Secretary Theresa May meaning they could face up to 10 years in prison.