Ottawa police have a similar thing. They call it, ‘FIDO” which stands for ‘Ef it and drive on’ The reason is that if they actually bother to engage minorities commiting crimes they will get charges of racism which make life so difficult for them that they don’t bother and they just drive on.

Police are failing to investigate crimes committed by ethnic minorities because they fear being branded racist, a report claims.

A pamphlet by think-tank Civitas, released today, says pressure to show racial sensitivity may have been behind the initial failure to properly investigate Asian street grooming gangs in the North of England.

Jon Gower Davies, a former academic, links the failure to police being branded ‘institutionally racist’ by the Macpherson report into the death of Stephen Lawrence, which he says left police ‘shackled’ by bureaucracy. 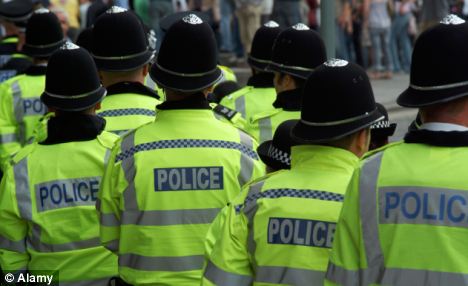 The pamphlet, which is entitled’ Mind-Forg’d Manacles: Murder, Macpherson and the Police’ finds Macpherson lacked evidence for the charge of institutional racism which he says ‘lacks substance’.

This year a gang from Rochdale were jailed for plying teenage girls with alcohol before raping them.

All but one gang member was of an Asian Pakistani background.