HSBC has been accused of handling money from Mexican drugs cartels and working alongside a Saudi Arabian bank with links to international terrorism following a probe by the U.S. Senate.

An explosive report claims a ‘pervasively polluted’ culture at the bank led it to act as financier to clients seeking to route shadowy funds from the world’s most dangerous and secretive corners, including Mexico, Iran, the Cayman Islands, Saudi Arabia and Syria.

The Senate probe detailed how sweeping the problems have been, both at the bank and at the Office of the Comptroller of the Currency, a top U.S. bank regulator which the report said failed to properly monitor HSBC. 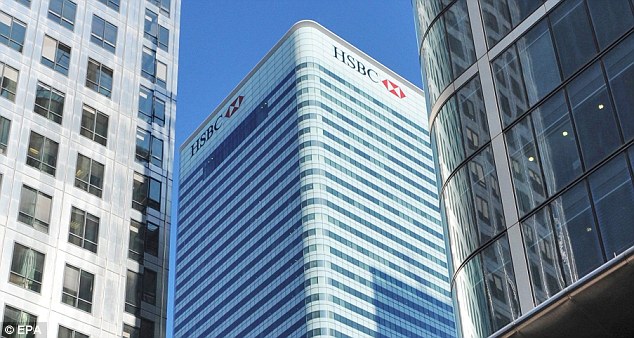 Powerhouse: HSBC headquarters in the City of London. The bank has been accused of laundering money for the Mexican mob

‘The culture at HSBC was pervasively polluted for a long time,’ said Senator Carl Levin, chairman of the U.S. Senate Permanent Subcommittee on Investigations, a Congressional watchdog panel.

The report comes at a troubling time for a banking industry reeling from a multi-country probe into the manipulation of global benchmark rates.

Last month, rival British bank Barclays Plc agreed to pay a $453 million fine to settle a U.S.- British probe into the rigging of the benchmark interest rate known as the London interbank offered rate, or Libor.