The anti-Iran-regime organization, the MEK, a group which Bill Clinton had placed on the terrorist list at the request of the current regime in Iran as an attempt at appeasement, had its annual meeting in France.

A friend of ours was there, and brought back their booklet. I will post a few pages from it, as it is really quite interesting. I accept our friends view of the MEK, a “group we really hope will win against the regime, but we probably don’t want to see in power”.

It needs to be stated, this was no small meeting. These annual gatherings are in the tens of thousands. The speaker list is impressive.

This is a sort of cult on its own. The leader and all the board are women. This in itself isn’t bad but its that they have to be women, as opposed to a merit based system, it is problematic, at least for me. Even so, their goals and aspirations would be hard to improve on. I do hope that Canada and the US manage to delist them as a terrorist organization as they are openly and clearly a classically liberal group, even if it does have elements of cult to it, which I begin to think is a total necessity in the middle east, where 1400 years of Islamic indoctrination has made pure reason for its own sake impossible at this time.

This first scan is the back cover of the booklet. It lists their critical, 10 point agenda for change in Iran. 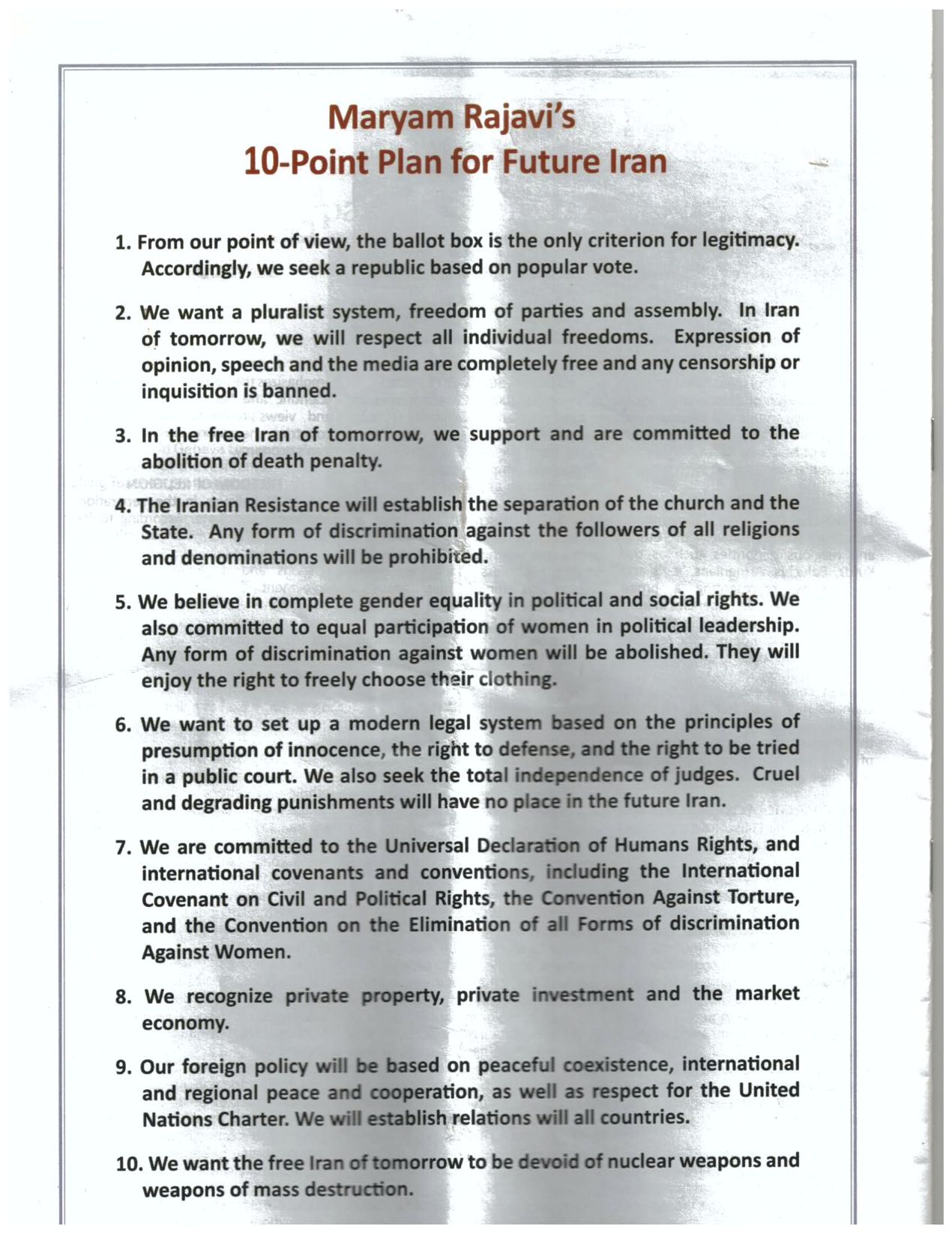 Here is another page from the booklet below: 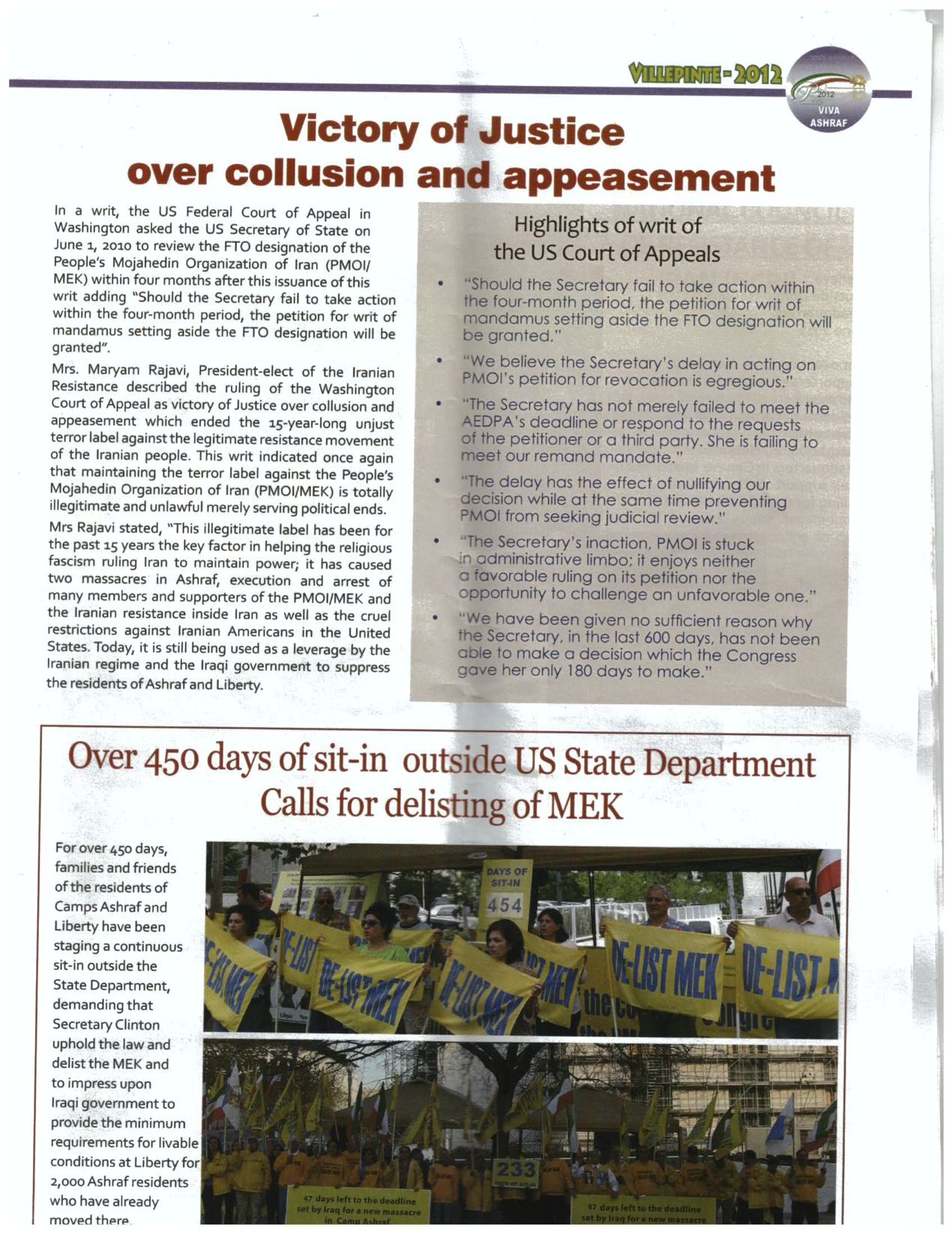 There are a few more points of interest in the booklet as well, all very encouraging… 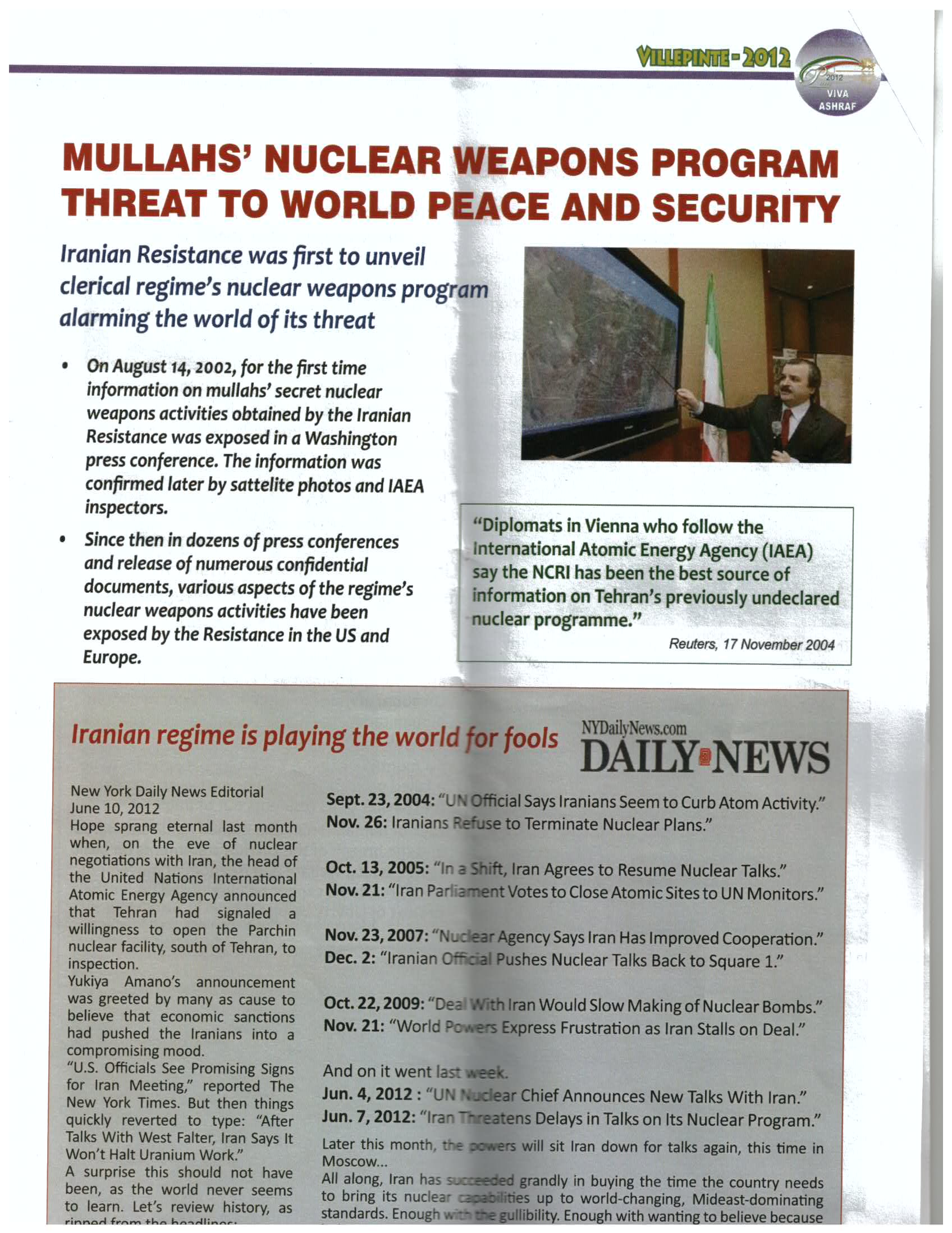 And more on women… 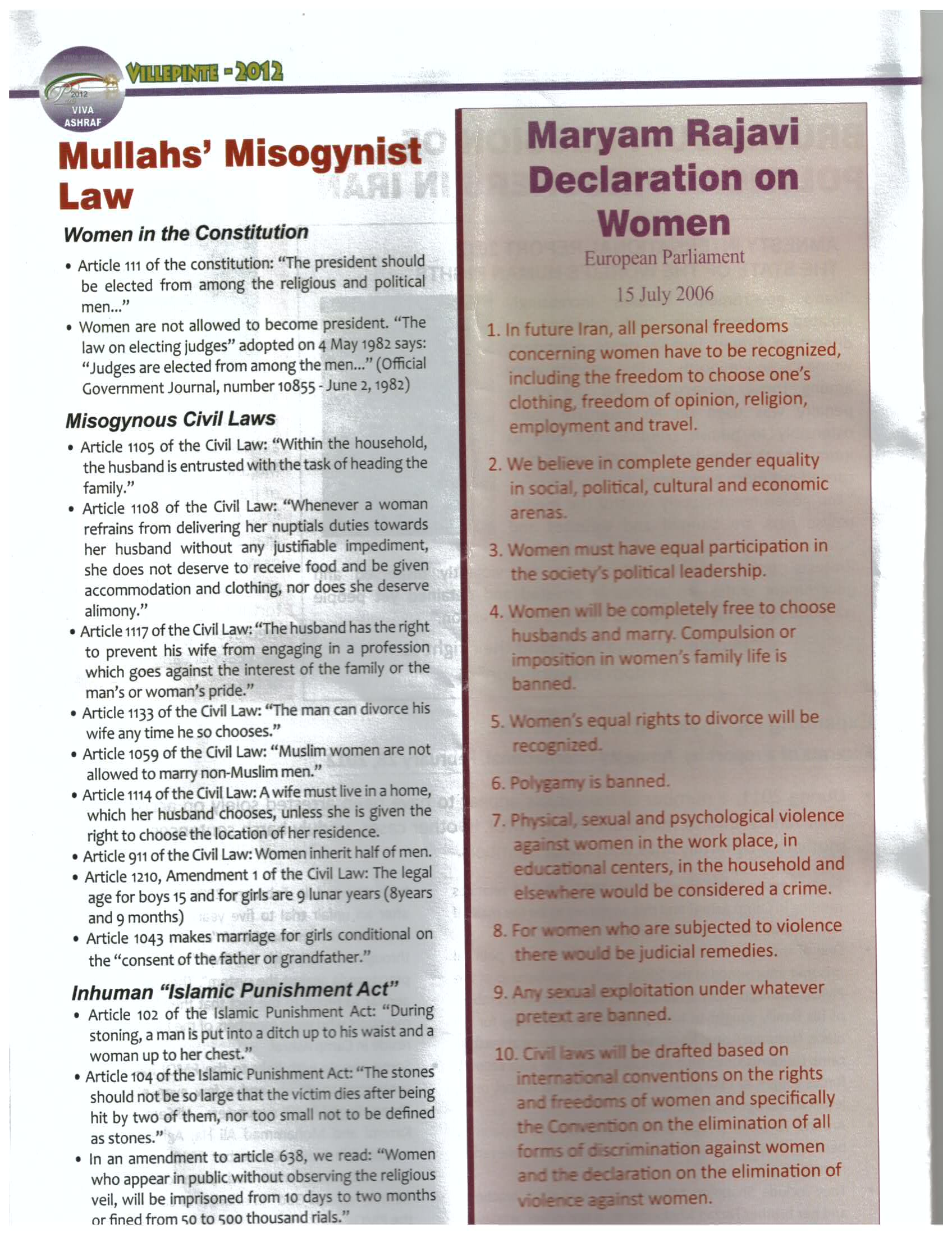