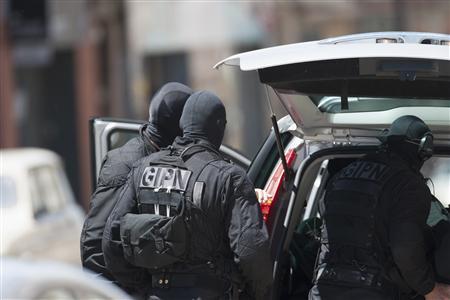 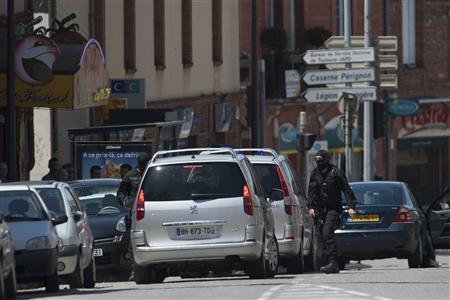 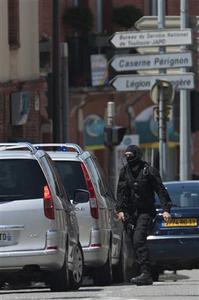 1 of 3. Special French GIPN intervention police arrive at the scene where a man claiming to be a member of al Qaeda has taken four hostages, including the bank manager, in a bank in Toulouse, June 20, 2012. The man took several hostages in a branch of French bank CIC and fired a shot after an attempted armed robbery apparently went wrong, a police union official reported.

(Reuters) – A man claiming to be a member of al Qaeda was holding several people hostage in a bank in the southwestern French city of Toulouse on Wednesday, including the bank manager, police officials said on Wednesday.

The man took the hostages in a branch of French bank CIC around mid-morning and fired a shot after an attempted armed robbery apparently went wrong, UNSA police union official Cedric Delage said.

Two other police sources said there were four hostages in the latest drama to hit the Toulouse region since a young al Qaeda-inspired gunman shot dead three soldiers, a rabbi and three Jewish children in March.

“We don’t know yet exactly what this individual wants, but it seems to be an armed robbery that went wrong,” Delage said.