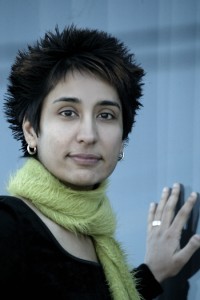 The Indonesian Shi’ite Islamist organization Nahdlatul Ulama (NU) recently defended Canadian-American author and Muslim reformist Irshad Manji from attack. The organization has said that Muslim leaders need to “practice” the “spirit of tolerance,” rather than just talking about it.

The NU has a complicated history. It was founded, in 1926, partly in response to the abolition of the Caliphate by Ataturk, and partly to unite Muslims against nationalism and communism.

It was involved in the mass executions of communists during the 1960s, which led to the ousting of Sukarno, Indonesia’s “puppet master” president, who had retained power by playing the communists and the army off against each other.

Abdurrahman Wahid — who inherited leadership of the NU from his grandfather, and who later became president of Indonesia — apologized for the executions of communists.

Wahid described the NU as being “like Shiite minus Imamah [the belief that certain imams should interpret the Islamic tradition and guide the community]; similarly Shiite is NU plus Imamah.”

Indonesia is predominantly Sunni. As such, the NU represented a minority faith; and in recent years appears to have embraced the nation’s minority faiths more broadly.

AsiaNews.it reports that events spaces and attendees of Manji’s talks were regularly attacked. “Only during a speech at the headquarters of the Free Journalist Alliance in South Jakarta, were there no assaults, thanks,” Asianews.it says, “to the intervention of members of Banser, the paramilitary group of Nahdlatul Ulama (NU), the Shiite Muslim movement that defends the country’s ethnic and religious minorities.”

AsiaNews.it reports Aan Anshori, a member of the NU, as saying that the problem in Indonesia is that… read more.