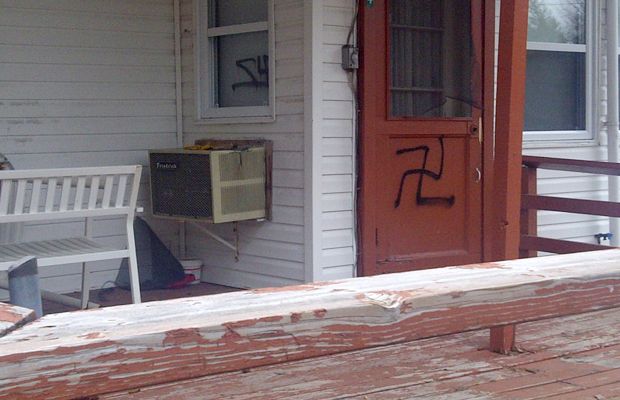 No one was in the homes during the incidents, the newspaper reported.

The vandals broke into about 15 of the 50 Jewish-owned homes in the area, Pinkas Feferkorn, director of the Val Morin synagogue, told the Gazette. He said furniture was damaged, and clothes and toys were thrown out windows. Swastikas were spray-painted on the outside of one house. In another, swastikas were painted all over the interior, along with at least one phrase: “F— Juif [Jew].”

In 2005, vandals broke into a Val Morin synagogue and desecrated 300 holy books. Three years later the town won a legal battle and stopped the Jewish community from using two chalets as a synagogue and school.

At least Jason Kenney, Canada’s minister for immigration has spoken about this incident. Hopefully he will adjust immigration policy and stop letting in the people who likely did this and propagate the ideology that demands it as well.