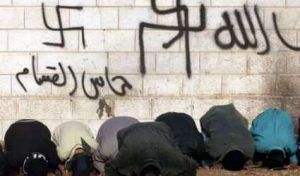 Jews “are the main enemy of Muslims” according to a sermon delivered at mosques in Malasia on Fiday.

The sermon was allegedly drafted by the Federal Territory Islamic Affairs Department (JAWI) and distributed in the Malaysian capital of Kuala Lumpur and surrounding areas.

The sermon suggested that the alleged threat to Muslims by Jews was “proven by their egotistical behavior and murders performed by them.”

The Jerusalem Post reports that Rabbi Abraham Cooper, associate dean of the Simon Wiesenthal Center, said in a press release that… read more.

2 Replies to “Jews “the main enemy of Muslims”: Friday sermons in Malaysia”