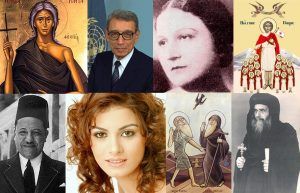 Coptic-Christian thinker Michael Fahmy has called for the creation of a “Christian Brotherhood,” to be modeled after Egypt’s controversial Muslim Brotherhood (MB).

The MB was officially outlawed in Egypt in 1950, but existed in semi-secret both in that country and across the globe.

With the ousting of Hosni Mubarak in 2011 the MB founded the Freedom and Justice Party (FJP) which managed to win almost half the seats in the recent Egyptian elections.

In 2007 Coptic journalist Joseph Nagy suggested the formation of a similar, Coptic movement. However, the proposal was “shot down” by the Mubarak regime and Egypt’s official Coptic Church under recently-deceased Pope Shenouda III.

Fahmy told AhramOnline that “The idea was first proposed years ago, but last year’s revolution encouraged me to revisit it. I would like to emulate the Muslim Brotherhood’s success and its powerful rapport with the masses, which was reflected in the group’s electoral victories in recent parliamentary polls.”

According to AhramOnline, the proposed Christian Brotherhood would work to… read more.

2 Replies to “Coptic thinker calls for creation of “Christian Brotherhood””