A murder investigation is underway after police discovered two women dead in a flat after a party.

Officers found the bodies on Saturday morning in the first-floor flat in Wakefield, West Yorkshire.

Two men, aged 19 and 23, and a 19-year-old woman were arrested for murder nearly 250 miles away from the crime scene by Kent Police, following a phone call from a woman who feared for the victims’ safety.

One of the victims has been named locally as Kim Frank, who is thought to be 17. 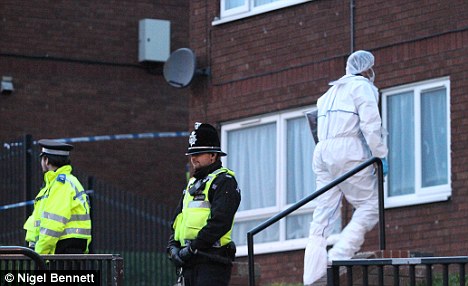 Two women were found dead at a flat in Wakefield, West Yorkshire

The flat, where Kim had been living alone for the past two months, was notorious among local residents for hosting rowdy parties.

Neighbours said they had not seen the girls since a loud party took place on Thursday night.

One neighbour who knew Kim said: ‘She often had men round at the flat drinking and partying.

‘I saw three men in the flat on Thursday evening with the two women through the windows but the curtains have been closed since then.

‘They had a party on the Thursday night. She kept the curtains closed during the day and then would open them about teatime.

‘The lads appeared about 6pm or 7pm, they were drinking and the music got really loud by about 10pm. The lights were still on in the flat when I went to bed.

‘It was the last time I saw the curtains open. Since then they have been closed all the time. I think whatever happened must have happened that night. 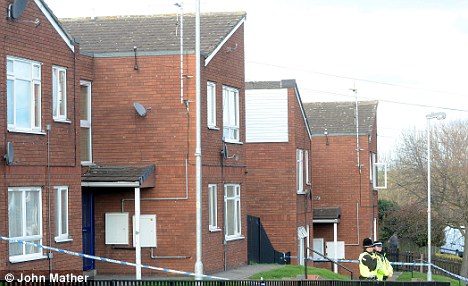 Officers were contacted by Kent Police at 4.47am, according to West Yorkshire Police

‘Two men, including the one with the bald patch came round on Friday teatime and were throwing stones at the window to try and get in but there was no response.

‘There were people round at the flat most nights, usually Asian men who don’t live on the estate. Kim was quite quiet.’

Another neighbour said: ‘Kim was always having parties and there was often shouting and loud music. She hung out with Asian men a lot. There have been a few times when trouble kicked off.’

Another resident said: ‘Last week there were some lads mouthing off coming out of her flat during the week.’

The area around the flat where the bodies were found has been sealed off while police carry out a forensic examination of the scene. 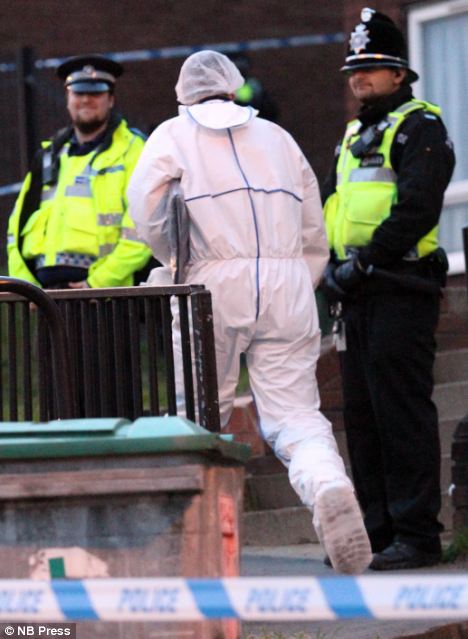 Cordoned off: Police guard the entrance to the flat where the two women were discovered while forensic teams carry out a hunt for clues

West Yorkshire Police said: ‘Officers were contacted by Kent Police at 4.47am after a 19-year-old woman in Dover raised concerns for the safety of two women from the West Yorkshire area.’

A Kent Police spokeswoman said: ‘Officers from Kent Police were called to Gloster Way, Dover, at 4.15am this morning following concerns for a woman’s safety.

‘On arrival, the 19-year-old woman raised concerns for the safety of two further women in West Yorkshire. Acting on that information, police in West Yorkshire found the bodies of two women at a property in Wakefield.

All further inquiries were directed to West Yorkshire Police.