(AINA) — A mob of nearly 20,000 radical Muslims, mainly Salafis, attempted this evening to break into and torch the Church of St. Mary and St. Abram in the village of Meet Bashar,in Zagazig, Sharqia province. They were demanding the death of Reverend Guirgis Gameel, pastor of the church, who has been unable to leave his home since yesterday. Nearly 100 terrorized Copts sought refuge inside the church, while Muslim rioters were pelting the church with stones in an effort to break into the church, assault the Copts and torch the building. A home of a Copt living near the church and the home of the church’s porter were torched, as well as three cars.

The mob demanded the return Rania of Khalil Ibrahim, 15, to her father. She has been held with the Security Directorate since yesterday. Christian-born Rania had converted to Islam three months ago after her father, who had converted to Islam two years ago and took custody of her. She had disappeared from the village on Saturday, after claiming to go shopping. According to Reverend Guirgis Gameel, she had a disagreement with her father, who had arranged a marriage for her with a Muslim man. 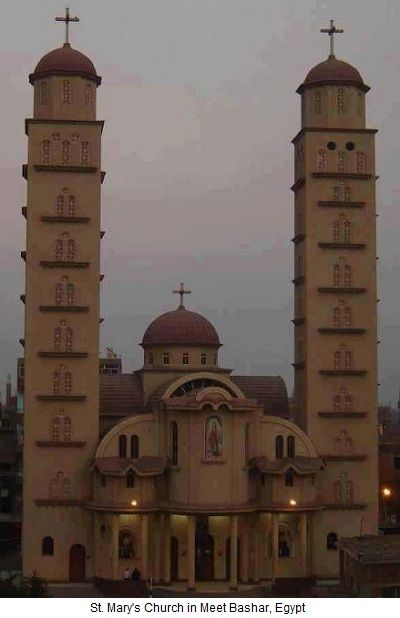 3 Replies to “20,000 Muslims Attempt to Kill Pastor and Torch Church in Egypt”