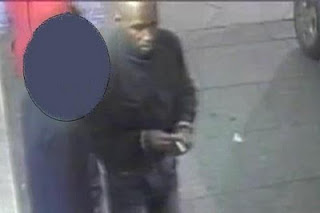 The police only released the photo of the suspect after the photos were obtained by the magazine New Detective. According to the magazine the suspect asked the women what their religious affiliation was before he raped and stabbed them.

Le Parisien has since run two stories on the criminal investigation. They describe police officials as deeming the matter “very sensitive.”

This man is considered very dangerous. He has shown himself to be very violent but at the same time, he has spoken to his victims a great deal, notably asking them their religious affiliation or their nationality.

“He also wounded the adolescent with several blows of the knife before trying to strangle her. He becomes very violent when the victims struggle. It seems he only attacks young European women, with light-coloured hair and blue eyes. He also apologised to them after having raped them and stabbed them. This type of behaviour is very troubling.”

Reportedly, the man was formally recognized by the three victims. His procedure intrigues investigators. “He also injured the girl stabbed her several times before attempting to strangle her,” says the source. “He becomes very violent when the victims are struggling. He seems to take young European women, with light hair and eyes… This type of behavior is very disturbing. “

Editor’s comment – No doubt the suspect wants to determine for sure that the blond-haired, light-eyed women who will be his victims are not Muslim. Though, the fact that they’re not wearing hijabs or face veils may be a giveaway.