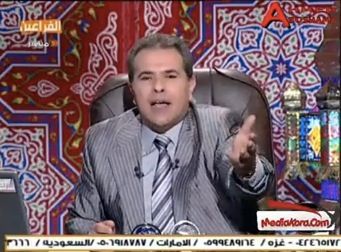 Cairo Administrative Court banned a television program on Saturday that has been attacking Egypt’s pro-democracy revolutionaries. The television program is hosted by Tawfiq Okasha, an Egyptian Presidential candidate for the Egypt National Party.

According to Egypt Independent, ” the General Authority for Investment and Nile Sat authorities should stop the broadcasting of a program titled Misr al-Youm, which is aired by Al-Faraeen private channel and presented by Tawfiq Okasha, the channel’s president.”

Egyptian Independent has named Okasha as one of Egypt’s five most controversial figure.

“Some media professionals have raised concerns over his tendency to label revolutionary forces as… read more.