A mother accused of murdering three of her daughters and her husband’s first wife in an honour killing broke down in tears while testifying today in an Ontario court.

Tooba Mohammad Yahya, 41, is accused of conspiring with her husband, Mohammad Shafia, 58, and their eldest son, Hamed, 21, of running one of their family cars into a canal with their four relatives inside.

Prosecutors say that they did so in order to protect their family’s honour because the four women were acting disobediently by having boyfriends, wearing skimpy clothes, and not listening to their strict Muslim father. 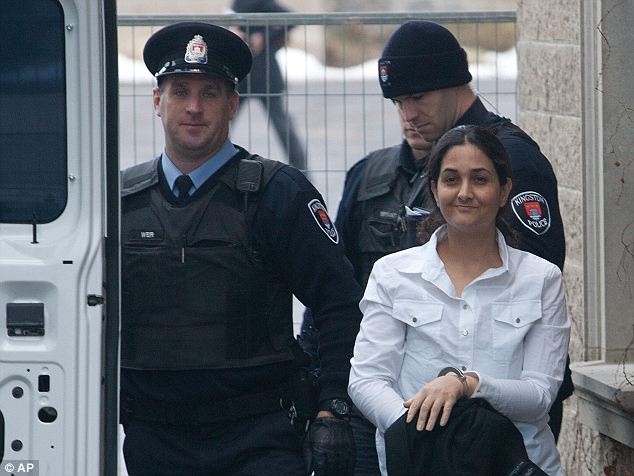 Not too upset: Tooba Mohammad Yahya is charged with taking part in the murder of three of her daughters and her husband’s other wife who lived with their family in a polygamous relationship
Read more: http://www.dailymail.co.uk/news/article-2084882/Muslim-mother-breaks-court-quizzed-honor-killings-children-husbands-wife.html#ixzz1jAeiBqT2