A Bangladeshi student married a woman 22 years his senior to remain in Britain and then flew four more ‘brides’ into the UK to wed his friends in sham marriages, a court heard.

After their own sham marriage, Mohamed Tanin, 25, and Maria Marques,  47, flew four Portuguese women to London to wed Tanin’s Bangladeshi friends, who paid him £2,000 for each bride, it is alleged.

Tanin’s UK leave to remain visa was about to expire three months before he married Marques at Bow Church in London on November 24, 2009. 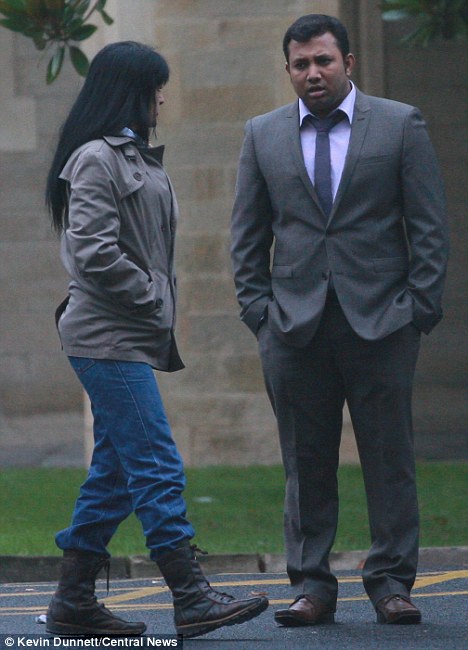 The ‘sham contract marriage’ was ‘not for love’ but a deal which allowed him to apply to live permanently within the UK and the rest of the European Union, Snaresbrook Crown Court heard.

Tanin and Marques then arranged for four Portuguese women to fly into the country this summer, on an Easyjet flight paid for by Tanin, the court heard.

But the planned weddings never took place, the court heard.

Three of the grooms were tenants at a property Tanin owned in East London, while a fourth he met while working at London Zoo. 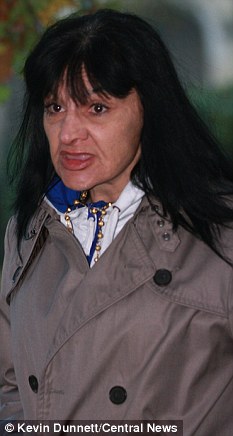 Pleading not guilty: Marques denies entering into a ‘sham marriage’

The four men entered the country on student visas, which allow them to stay in the country for a limited time.

All four applied for a certificate of approval to marry, which would allow them to get the same immigration status as their Portuguese wives.

Three grooms lodged the paperwork for the approval to marriage certificates on the same day in July 2010, a mere week after their ‘brides’ arrived in the UK.

Marques ‘knew or knew of’ all four of the Portuguese women, who she boasted to the would be grooms could ‘cook, clean and also marry you’.

The jury heard all four grooms that admitted their role in the ‘conspiracy’, were cautioned and will now give evidence against Tanin and Marques.

Paul Raudnitz, prosecuting, told the court Tanin paid 800 Euros (£690) to bring the women to the UK and Marques had flown to Lisbon to collect the women, even holding onto their passports and had helped arranged the paperwork in exchange for a fee.

Mr Raudnitz said: ‘This case is about sham marriages – specifically sham marriages to allow for one of the spouses to become a permanent resident in the EU.

‘In each of the sham marriages the brides were Portuguese nationals and each of the ‘grooms’ were Bangladeshi.

‘I say grooms in inverted commas because none of the marriages ever took place.’

In all of the cases the males were Bangladeshi students who entered the UK on student visas and they became involved in the scam because they met Tanin either by being a tenant at a property he owned or by having worked with him.

All four of the brides came to the UK on the same date, arriving at a flight from Lisbon to Luton on a flight paid for by Tanin, and on the flight were both Tanin and Marques. 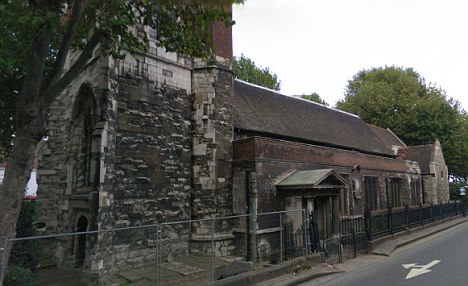 Tanin and Marques provided assistance in the completion of the forms for approval to marriage and helped putting the affiliated documents together.’

Mr Raudnitz added three of the application forms were filed out on the same day and all three lied about how long the brides had been in the country.

He said: ‘No one at the UK Border Agency would ever believe this was a legitimate marriage if the truth were told that the couple had never lived together and the brides had only arrived in the country a week before in the last week.’

He told the jury three ‘grooms’ attended the wedding of Marques and Tanin and one of the Bangladeshis told police he understood it to be a sham marriage.

He added that Tanin had specifically asked one of his friends for money to enable him to go to Portugal and set up a business finding women for sham marriages.

He said: ‘In June 2009 Mr Tanin asked for more money he was going to Portugal to set up a business making driving licences and was going to bring some more people back for contract marriages.’

The pair denies one count of entering into a marriage which facilitated the commission of a breach of immigration law by an individual who was not a citizen of the EU.

Tanin and Marques, both of Poplar, East London, also face four counts of conspiracy to assist in the unlawful immigration to an EU member state.