Well, as they say, insha-allah right?

The media is calling it an anti-socialist election, and rightly so. What they won’t tell you is that it is also an anti-Islamization election. (See links at bottom) 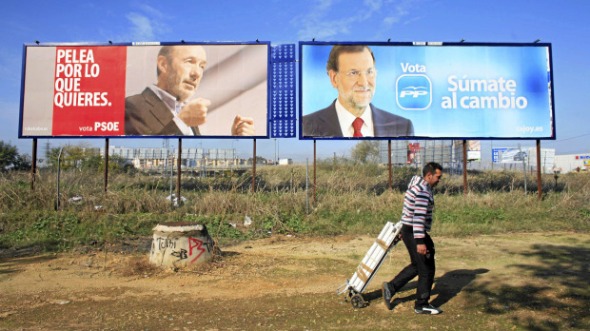 EN NEWS Spain’s right stormed to a landslide election victory Sunday, an exit poll said, sparking dancing in the street by voters desperate for a cure to soaring unemployment. Winning the biggest majority in its history according to partial results voters handed a crushing defeat to the ruling Socialists after seven years in power.

Spain’s was the fifth eurozone government felled this year by the eurozone debt crisis. Voters gave 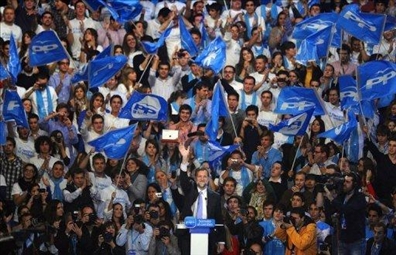 Mariano Rajoy’s right-wing Popular Party 43.5 percent of the vote and an absolute majority of 181-185 seats in the 350-member Congress of Deputies, according to the poll by public broadcaster RTVE.

Hundreds of cheering Popular Party supporters erupted in celebration outside the party’s Madrid headquarters, waving blue party flags and grooving to dance music.Voters punished the government for a 21.5 percent jobless rate, a stalled economy and a mounting debt crisis.