An illegal immigrant who arrived in the UK as a stowaway and then committed around 20 offences has thanked a judge after being awarded more than £17,000 compensation for being falsely imprisoned by Home Office officials for four months.

Judge Stephen Stewart QC concluded that 28-year-old Joseph Mjemer – who had used at least five aliases and claimed to be from four different countries – should be freed and paid damages by the Home Office for ‘loss of liberty’.

The defendant who sat in court behind lawyers, told him: ‘Thank you very much’. 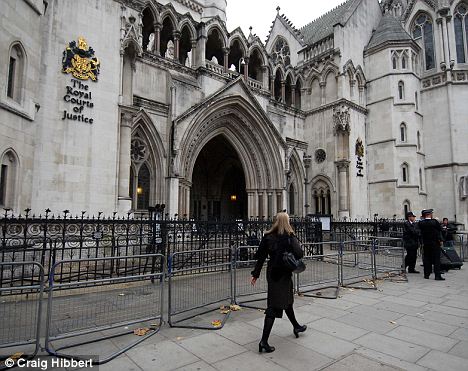 Ruling: Joseph Mjemer has been awarded £17,000 in a taxpayer funded compensation payout after Judge Stephen Stewart QC ruled he was falsely imprisoned

Lawyers for Mr Mjemer had successfully argued that he was unlawfully held between January and May this year, while immigration officials tried to establish where he came from so they could deport him.

Read the rest at: http://www.dailymail.co.uk/news/article-2057672/Illegal-immigrant-awarded-17k-compensation-unlawfully-jailed.html#ixzz1cn388fLS

3 Replies to “Stowaway illegal immigrant who committed 20 offences is awarded £17,000 compensation after being ‘unlawfully’ jailed for four months”