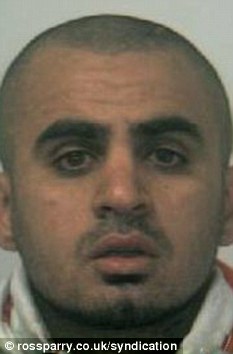 Rekawt Salih, 26, inflicted more than 100 stab wounds to the women

A paranoid schizophrenic stabbed a mother and daughter to death in a frenzied attack, a court heard today.

Rekawt Salih, 26, inflicted more than 100 stab wounds on his ex-partner Tracy Donnelly, 43, and her daughter Louise, 23, at Mrs Donnelly’s home in Sheffield, as her other four-year-old son slept on the couch.

Sheffield Crown Court heard that Mr Salih, of Gleadless, had been admitted for a brief period for assessment under the Mental Health Act a year previously but was released back into the community.

A post mortem showed more than 30 stab wounds to Tracy’s body. She died from severe blood loss and collapsed lungs.

Louise had 70 injuries to her body and the tip of a knife which had broken off was embedded in her skull.

Salih was said to have used “extreme” force and both women put up a fight, with Tracy apparently trying to help her daughter as she was attacked.

Salih drove off in his BMW X5 but was later arrested by armed police with a taser after a chase during which he collided with a group of students, leaving four of them injured.

Salih told officers he could not remember anything about what had happened.

On the way to hospital he kept repeating he was ‘the son of God’ and ‘look out there he is coming’. 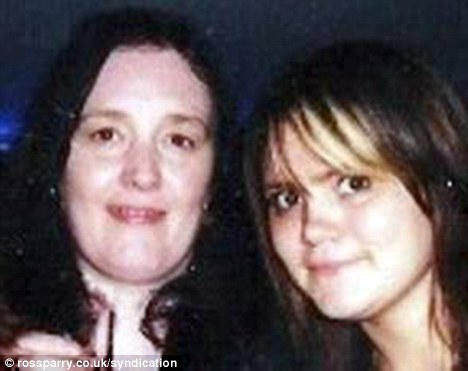 In hospital he said the killings were nothing to do with him and blamed a ‘magician from Pitsmoor in Sheffield’.

Salih admitted the manslaughter of the two women on the grounds of diminished responsibility.

He was sent to Rampton Hospital under a hospital order with restrictions.

In court Mr Justice Treacy told him: ‘It may well be hard to envisage a time when you do not pose a risk to the public. You may never be released.’

Tracy’s other son, four, was asleep on the sofa in the room where the killings took place.

Mr MacDonald said Tracy and Salih, a takeaway worker, met in a Sheffield bar and he had ‘floated in and out of her life’ according to a woman friend.

They lived together and were brought closer after their son was born but the relationship fell apart after Salih cheated on her with another woman. 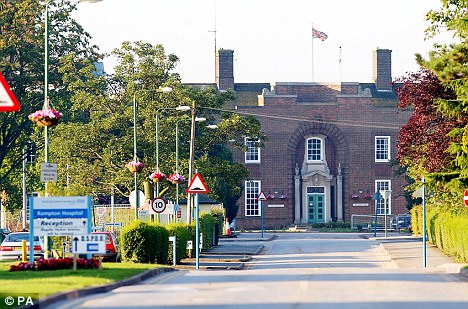 Hospitalised: Rekawt Salih was sent to Rampton Hospital (pictured) under a hospital order with restrictions

Mr MacDonald said they had a ‘looser’ relationship from then on and Salih would vanish for months on end.

Salih used to beat up Tracy and insult her and her friends thought she was frightened of him.

She moved away from him but he managed to track her down to her new three-bedroom home in Gleadless.

The day before the deaths, Tracy texted a friend asking her if Salih could park his BMW X5 at the house for a week. She texted: ‘Am back with Rick.’

It appeared the couple had been back together for about a week and Salhi had a key to Mrs Donnellly’s home.

Mr MacDonald said he ‘hated’ her daughter Louise after she reported him to the police for assaulting her during an argument and he was convicted of battery in April, 2008.

Salih clashed with Louise a week before the tragedy after she had left his car and got a taxi home.

Tracy had also told a friend that Salih was behaving strangely and had claimed people were after him and his telephone was bugged.

Mr MacDonald said a neighbour of Salih’s accused him of following him in the early hours of Tuesday, March 29 this year as he parked his car.

Salih was holding a bayonet knife in his right hand and a screwdriver in his left. 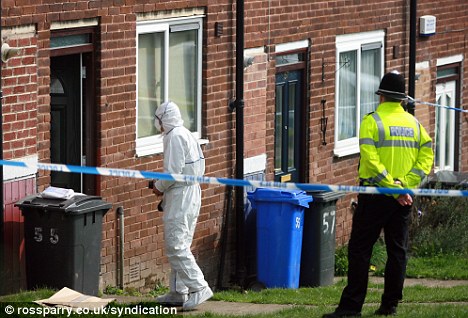 Crime scene: The scene where the bodies of Louise Donnelly and her mother Tracy Donnelly were both killed by Rekawt Mahmood Salih in Sheffield

Salih said he was having problems with his girlfriend and the area was ‘very dangerous’ to him.

He pointed what the neighbour thought was a small handgun at him and told him not to move before slashing his neighbour’s tyres.

Salih drove off and apparently went to Mrs Donell’s home in Gleadless.

It appeared Louise had been attacked by Salih followed by her mother.

A neighbour thought the attack lasted for 25 minutes.

Salih was then seen walking quickly away from the house barefoot.

The court heard he was prescribed anti-depressants by his GP in 2009 and there was evidence he used cocaine and was a heavy drinker.

While under assessment a year before the attack, Salih was diagnosed with schizophrenia and drug-induced psychosis before being released.

As his condition worsened the day before the killings he sought help from a mental health crisis team but there is no indication contact was ever made.

After his assessment February, 2010 he was supposed to have received some form of supervision in the community but had ceased to take his medication at the time of the killings.

It is not known whether the mental health services knew he was not taking his tablets but the judge said it was ‘a matter that should be looked into.’

Consultant forensic psychiatrist Dr Paul Hayes said he had been suffering from the condition for some years before the deaths and would continue to do so for the ‘indefinite’ future.

Tim Maloney, defending, accepted Salih posed a ‘very serious risk’ to others and the condition was likely to remain permanently

Mr Justice Treacy said Salih’s ability to understand what was happening to him was substantially impaired.

He said: ‘The condition from which you suffer is one which is likely to last indefinitely. You require hospital treatment and pose a very high risk of serious harm being caused to the public.’

The judge imposed special restrictions on the hospital order limiting the circumstances under which Salih could be released.

He was also banned from driving for ten years after admitting dangerous driving.

2 Replies to “Care in the community patient killed partner and daughter in front of boy, four”