The sexual exploitation of thousands of children by street gangs is to be investigated in a new two-year probe.

There are fears more than 10,000 children are being abused

The inquiry is being led by Deputy Children’s Commissioner Sue Berelowitz and will examine the scale of the problem amid fears more children than current estimates are being targeted.

The most recent figures suggest up to 10,000 youngsters could be subject to sexual abuse by gangs or other groups.

But initial research carried out for the Office of the Children’s Commissioner has suggested this figure could be much higher.

Ms Berelowitz has already said existing data is inadequate and the full extent of this type of abuse is unknown.

Maggie Atkinson, Children’s Commissioner for England, said the inquiry would be “a wake-up call for us all”.

It is a corrosive problem that needs serious research and action to help those affected.

Rebecca Einhorn, from the NSPCC

The investigation team will gather evidence from police and local authorities as well as health and youth justice workers before publishing an interim report in July.

More information will then be gathered the following autumn into early 2013, and the final report will be released in September that year.

Concerns have already been raised this year about a lack of action over the sexual abuse of children.

Leading children’s charity Barnardo’s warned in August that parents and professionals were missing telltale signs of youngsters being groomed for sex.

And in June, the Child Exploitation and Online Protection Centre (Ceop) published research which found two-thirds of Local Safeguarding Children Boards were not meeting guidelines and did not have “basic processes” to stop sexual abuse. 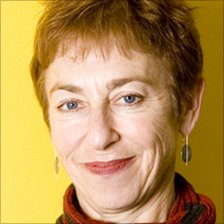 The inquiry will be led by the deputy children’s commissioner, Sue Berelowitz
Continue reading the main story

Thousands of children in England are being horrifically abused by gangs, the deputy children’s commissioner has said, as she launches an inquiry.

Current estimates say up to 10,000 children could be affected by the sexual abuse, but it is feared the true figure could be much higher.

She is mounting a two-year inquiry into the scale and scope of the problem.

The exploitation involves children as young as 11 being targeted by groups of men or gangs. They are given gifts and attention, then sold or passed on to others once they are trapped.

The issue reaches across all races and classes, said Ms Berelowitz.

The Child Sexual Exploitation – Gangs and Groups Inquiry (CSEGG) – will attempt to discover how many children are being sexually exploited by both organised gangs and groups of people.

“Children are being failed up and down the country – in every village, town and city,” said Ms Berelowitz.

Maggie Atkinson, the Children’s Commissioner for England, described the inquiry as “a wake-up call for us all”.

“Emma”, who was 12 when she was targeted, said at first she was flattered.

“They then started to get nasty with me, really nasty, it wasn’t fun anymore, it wasn’t nice. They had full control over me, they got very violent and threatening, I’d get raped one a week, every week. I’d have to sleep with other men as well,” she said.

Ms Berelowitz said that although there was a lot of anecdotal research, there was a serious lack of reliable data.

“It is critical to have accurate data in order that government, police, local authorities, the youth justice sector and health professionals can properly identify and protect child victims,” she said.

It comes after a University of Bedfordshire report looking at how the sexual exploitation of children is being prevented suggested much more needed to be done.

Three-quarters of England’s local safeguarding and child protection boards were not recording information on child sexual exploitation, the report said.

It also concluded that children were coerced into sexual activity in a number of ways including grooming, pressure from a sexually exploited peer or older boyfriend or girlfriend, or pressure from young people in a gang-affected neighbourhood.

For the rest, THE BBC