And I bet none of the British media will find it odd, that a black councilor was suspended for supporting an organization, that also supports him, because it is allegedly racist and “far right wing” 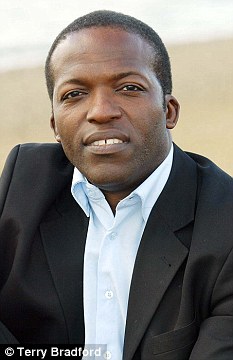 Dr Blaine Robin was the subject of widespread speculation after being spotted at an EDL meeting earlier this year. He has now been suspended while an internal investigation is on the way

A black Conservative councillor has been suspended from his party after attending a rally organised by the far right English Defence League.

Dr Blaine Robin was the subject of widespread speculation after being spotted at the group’s meeting in Southend, Essex, earlier this year.

An internal investigation will now be held by the Conservatives to decide whether he should be permanently expelled from the party, although leading Tories said they believed the controversy to be an ‘error of judgment’.

Anna Waite, chairman of the Rochford and Southend East Conservative Association, said: ‘We abhor and condemn far right groups such as the EDL.

‘I would like to make it clear that Blaine has been active in fighting against racism and intolerance for many years and that, at this stage, it appears his behaviour in associating with the EDL represents a serious error of judgement, but no more.

‘However, given the controversy surrounding this group, we feel it is appropriate we take this action in order to fully reassure members of the community who may be concerned.’

The EDL, which opposes what it perceives as the spread of Islam, Sharia law and Islamic extremism in England, was formed in 2009.

Its hierarchy and membership is largely unknown, but Stephen Yaxley-Lennon, also known as Tommy Robinson, has emerged as the leader.

Mr Yaxley-Lennon held a meeting in Southend in August, which Mr Robin said he decided to attend after receiving an invite. 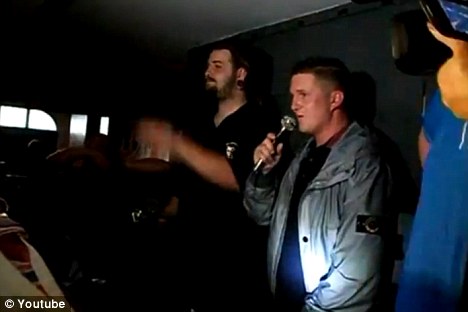 In a filmed excerpt of a speech by Mr Yaxley-Lennon, he is seen to apparently praise Mr Robin for being willing to listen to ‘the free message of the English Defence League’.

Mr Robin also praised an EDL supporter in his blog in August, in the wake of the riots.

Mr Robin insisted he had no affiliation to the EDL and said he was ‘devastated’ by the suspension. 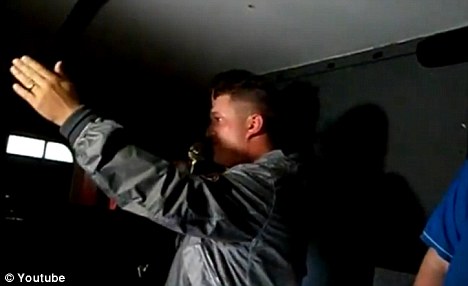 Singled out: Dr Blaine Robin has been suspended and an internal investigation is under way

‘I am in pieces,’ he said. ‘I have never been a racist. I don’t support the EDL. I just want to work hard for my constituents.’

Mr Robin, elected to Southend Council in 2008, will continue to serve as a councillor in the Kurssal ward, while he is investigated.

The suspension applies only to his Conservative party membership and does not affect his ability to attend Southend Council meetings or vote on issues.

Under British law, there is nothing to stop councillors switching political allegiances at any point during their terms.

However, he could be prevented from attending Conservative group meetings.

A council spokesman said: ‘This is not a matter for the council and will need to be dealt with by individual councillors.’

‘It means Mr Robin will not be an active member of the Conservative group during the time it takes to complete the investigation.’