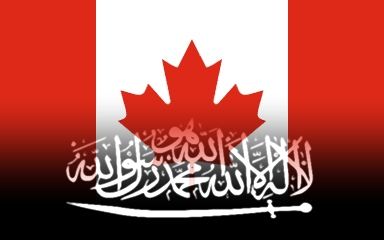 As a Canadian Jew, I make a habit of always booking vacations on certain Jewish holidays. Last week’s Rosh Hashanah is one that I always book well in advance, and take vacation days to celebrate. Every year I’m asked by a few colleagues what Rosh Hashanah is about. This year, for some reason, the questions kept coming in.

I thought it was strange, because just a month earlier, those very same colleagues seemed to have a great grasp of the meaning and customs of Ramadan and Eid.

So I tried an interesting exercise. I Googled ‘Rosh Hashanah’ on CBC.ca, just to find out what CBC had reported about this major Jewish holiday in the past year.

Would you believe that this year, CBC didn’t publish a single report describing Rosh Hashanah?

Then I did the same Google search for ‘Ramadan’ and ‘Eid’, the recent Muslim holidays that people seem to know quite a bit about.

Ramadan and Eid are reported richly – great detail. Not only does CBC describe the meaning of these holidays, but it also published slideshows that show the Muslim community celebrating across Canada and around the world. The CBC coverage brings home to Canadians what these holidays mean, with featured anecdotes, like the story of two young American-born Muslims who completed a road trip, crossing the U.S. in a quest to worship at 30 mosques, in 30 states, in the 30 days of Ramadan.

Great coverage, human interest stories, lots of square feet of colourful Canadian cultural mosaic. The stuff that we Canadians love to see and read about – proof of our diverse, yet inclusive Canadian culture.

Now what’s that about?

We live in a country that prides itself on its multiculturalism, and its implementation of the cultural mosaic that respects, protects and celebrates diversity. Yet our national broadcaster shines a warm spotlight on one community and their major holidays (positive, interesting and engaging), and purposely presents another community’s holiday as nothing but an irritant.

In effect, the CBC’s editorial and journalistic practices are deliberately removing or painting over selected tiles from the Canadian Cultural Mosaic – those specific tiles that portray Jewish life in Canada. CBC devalued and dismissed the meaning, cultural richness, and human interest of Rosh Hashanah, by ignoring its existence as something other than a nuisance.

Am I really the only one who noticed the tiles that CBC pried off our mosaic?

3 Replies to “Is the CBC Prying Tiles off the Canadian Cultural Mosaic?”