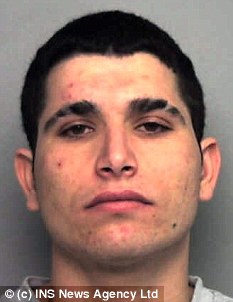 Salman Ahmed, 17, has been jailed for over five years for the gang rape of a 23-year-old woman

A 17-year-old Iraqi asylum seeker who had only been in Britain for four months took part in a gang rape and laughed as he humiliated the victim.

Salman Ahmed, who was thought to be drunk at the time of the assault in Oxford, was told that he would be deported after serving his sentence of five years and three months at a young offenders’ institution.

The teenager ‘enjoyed the humiliation, pain and harm’ during the attack on March 16, according to Judge Anthony King at Oxford Crown Court.

Ahmed and an accomplice, who police are still trying to track down, repeatedly raped the 23-year-old victim, after snaring her while on a night out.

According to the prosecution they told the unnamed woman: ‘You have been making two guys happy.’

Mr King heard how Ahmed and his accomplice held the woman down as each raped her. 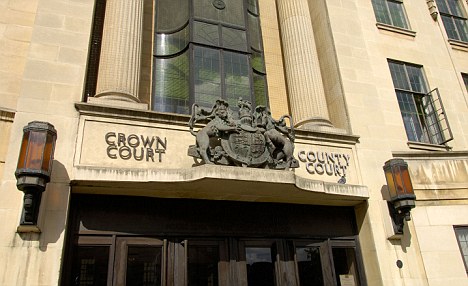 He said: ‘When you had no reason to believe that this young woman would consent to any form of sexual contact you and a man with you took hold of her, detained her and while you lay upon her the other man then raped her.

‘Throughout she protested and sought to escape. Once that first man had raped her with your help you then separately raped her while he held her down.

‘That was not enough for you. Both of you then raped her again, each assisting the other to do so.

‘You were clearly laughing as you were enjoying the humiliation, the pain and harm you were inflicting upon her.’

He added: ‘These were grave offences. I find there was an element of pre-planning between you and the other man who has not yet been brought to justice.’

The judge was told that the victim had been sober on the evening of the attack, however, Ahmed had suffered an ‘alcoholic blackout’ and could not remember the incident.

Jeannie Mackie, defending, said he was previously ‘without sexual experience’.

Ahmed pleaded guilty when DNA evidence linked him to the crime.

His lawyer said: ‘Alcohol has been an issue in my defendant’s life.

‘Although he comes from a Muslim family he had not drunk alcohol until November 2010 when he came to this country, and alcohol has become a problem.’

Ahmed was also placed on the Violent and Sex Offender Register for life.